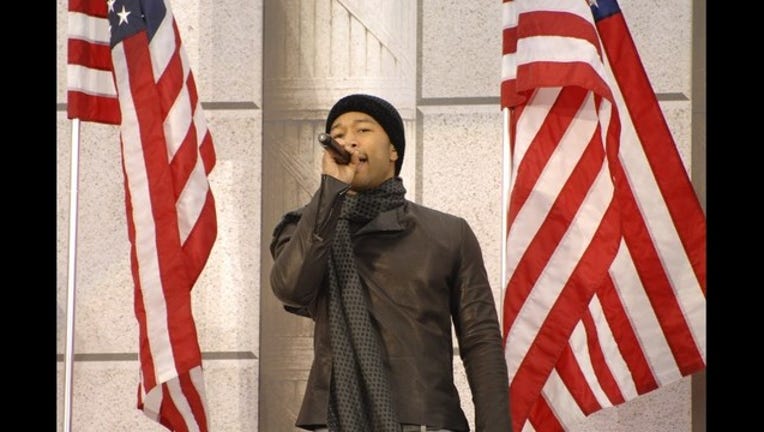 The Grammy-winning singer announced the multi-year initiative, FREE AMERICA, on Monday. He will visit and perform at a correctional facility on Thursday in Austin, Texas, where he also will be part of a press conference with state legislators to discuss Texas' criminal justice system.

"We have a serious problem with incarceration in this country," Legend said in an interview. "It's destroying families, it's destroying communities and we're the most incarcerated country in the world, and when you look deeper and look at the reasons we got to this place, we as a society made some choices politically and legislatively, culturally to deal with poverty, deal with mental illness in a certain way and that way usually involves using incarceration."

Legend, 36, will also visit a California state prison and co-host a criminal justice event with Politico in Washington, D.C., later this month. The campaign will include help from other artists - to be announced - and organizations committed to ending mass incarceration.

Legend's speech at the Academy Awards this year struck a chord when he spoke about mass incarceration. He won the Oscar for best original song with rapper Common for "Glory" from the film "Selma."

The singer said an early victory for his campaign was the approval of Proposition 47 in California in November, which calls for treating shoplifting, forgery, fraud, petty theft and possession of small amounts of drugs - including cocaine, heroin and methamphetamines - as misdemeanors instead of felonies.

"Once you have that tag of a felony on your name, it's hard for you to do anything," Legend said. "Getting those reduced to misdemeanors really impacted a lot of lives and we hope to launch more initiatives like that around the country."