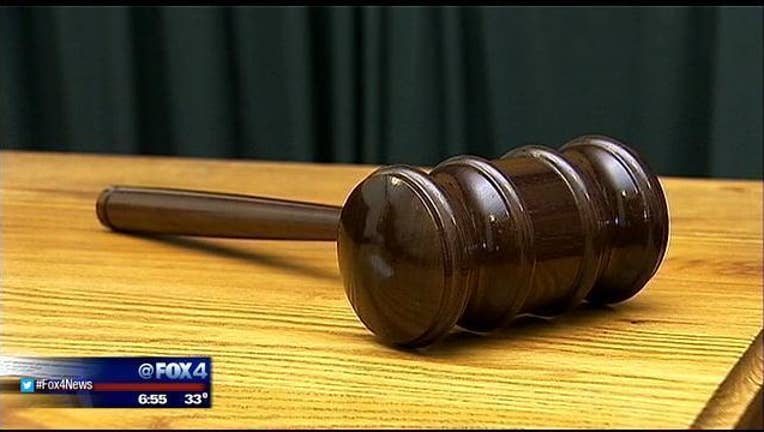 ROME (AP) — Italy's top criminal court has scathingly faulted prosecutors for presenting a flawed and hastily constructed case against Amanda Knox and her former Italian boyfriend, saying Monday it threw out their convictions for the 2007 murder of her British roommate in part because there was no proof they were in the bedroom where the woman was fatally stabbed.

The Court of Cassation issued its formal written explanation, as required by Italian law, for its March ruling — vindicating the pair once and for all in the murder of Meredith Kercher in the apartment the two women shared while students in Perugia, Italy.

It wrote there was an "absolute lack of biological traces" of Knox, an American, or of co-defendant Raffaele Sollecito in the room or on the victim's body. It slammed the quality of the prosecution's case from the start.

The path of the case took was "objectively wavering, whose oscillations are ... the result also of stunning weakness or investigative bouts of amnesia and of blameworthy omissions of investigative activity," the court wrote. Had the investigation not been so shaky, "in all probability" the defendants' guilt or innocence could have been determined from the earliest stages, the panel said.

Media clamor was also a factor in what was ultimately a flawed case, the high court concluded.

"The international spotlight on the case in fact resulted in the investigation undergoing a sudden acceleration," the judges wrote.

In March, the high court declared that Knox, now 28, and Sollecito, now 31, didn't murder 21-year-old Kercher, a stronger exoneration than merely finding there was insufficient evidence to convict.

Had the Cassation Court upheld 2014 appeals court convictions of the pair, Knox would have faced 28½ years in an Italian prison, assuming she would have been extradited from the United States, while Sollecito had been facing 25 years.

"I am deeply grateful that the Italian Supreme Court has filed its opinion and forcefully declared my innocence. This has been a long struggle for me, my family, my friends, and my supporters," Knox said in a statement posted Monday on her website.

"I will now begin the rest of my life with one of my goals being to help others who have been wrongfully accused."

Knox and Sollecito had served nearly four years in Italian prison after a first, lower court conviction by a Perugia court.

They had always proclaimed their innocence. A man from Ivory Coast, Rudy Hermann Guede, was convicted in separate proceedings and is serving a 16-year sentence.

The Cassation Court's written explanation is tantamount to a "great censure, a note of solemn censure of all the investigators," a Knox defense lawyer, Carlo Dalla Vedova, told The Associated Press.

"At the same time, it's a very sad story. It's a sad story because Meredith Kercher is no longer with us, and this is a tragedy nobody can forget," Dalla Vedova said.

The Cassation panel of five judges essentially concluded that while there were indications Guede could have had accomplices, nothing in the prosecutors' case proved that either Knox or Sollecito were involved in the murder.

It also wrote that the Florence appeals court which convicted them last year ignored expert testimony that "clearly demonstrated possible contamination" of evidence and misinterpreted findings about the knife allegedly used to slit Kercher's throat, in what prosecutors had described as a sexual assault.

"The kitchen knife, found in Sollecito's house and the supposed crime weapon, was kept in an ordinary cardboard box, like the kind that Christmas gadgets are packaged in," the Cassation judges noted. In any case, no traces of blood were found on it, they wrote.

Examples of investigative ineptitude abound in the report.

"The computers of Amanda Knox and Kercher, which perhaps could have furnished information useful to the investigation, were, incredibly, burned by imprudent maneuvers by the investigators, who caused an electric shock" apparently through a charging error, the panel of judges wrote.

Even the supposed time of death, as argued by prosecutors, reflected a "deplorable approximation," they wrote.

A bra clasp of the victim, which prosecutors argued carried a trace of Sollecito's DNA, was on the floor of the murder scene for 46 days, and then "was passed from hand to hand of the workers, who, furthermore, were wearing dirty latex gloves," the panel said.

One of Sollecito's lawyers, Giulia Bongiorno, praised the Cassation Court's 52-page conclusion "for having the courage to underline the gravity of the investigative errors and for making the gravity of the judicial error understandable."

Knox and Sollecito were first convicted by a Perugia court in 2009, and then acquitted after a first appeals court trial. They were convicted again in 2014, after a separate Cassation Court panel overturned those acquittals and ordered the Florence appeals.

While the flip-flop verdicts and appeals ran their course, Knox became a cause celebre in the United States, where many saw her as an innocent victim of a miscarriage of Italian justice and of sloppy investigative methods.

But the high court also concluded that some circumstances might never be known. It wrote that it couldn't be ruled out that Knox and Sollecito might have been elsewhere in the house the night of the murder. And it raised the oft-cited question of why Knox identified an African man as the suspect when later another African man was convicted of the slaying.

The judges said they ruled out the possibility of ordering yet one more trial. Another trial would have been "useless," they said, after citing contradictions in the prosecutors' case and problems with handling of the evidence.

The Cassation panel said Knox did deserve her conviction and three-year sentence for slandering a Congolese-born Perugia pub owner whom she initially indicated as the murder suspect. The man had been jailed until an alibi led to his release. Because Knox served prison time for the initial murder conviction, she didn't face prison when the slander conviction was upheld in March.

Frances D'Emilio can be followed at www.twitter.com/fdemilio