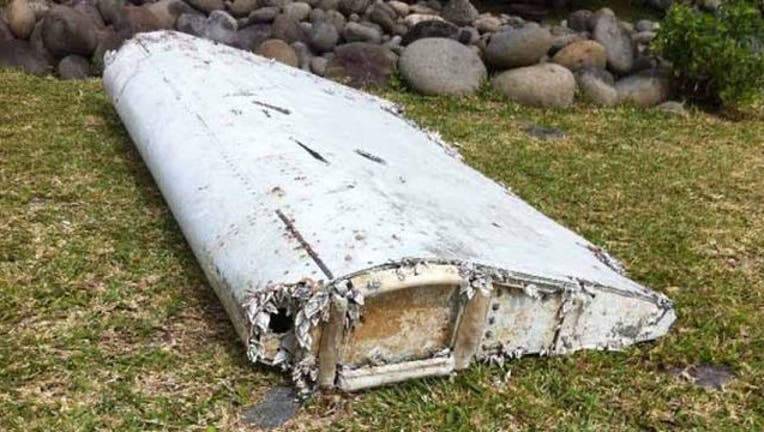 A piece of plane debris washed up on an island in the Indian Ocean. (Yannick Pitou - La Reunion)

(FOX NEWS) - Twitter was aflutter Wednesday, after photos surfaced of what appeared to be a plane flap or wing that had washed up on a remote Indian Ocean island, fueling speculation that it could be from Malaysian Air Flight MH370, which vanished in March 2014.

The debris shown in one photo, “if it is from a jetliner,” looks like a flap and not a wing, according to Jon Ostrower, the aerospace and Boeing beat reporter for The Wall Street Journal. Ostrower noted that a jet like MH370, a Boeing 777, “has a single-piece outboard and a two-piece inboard flap system.”

The extensive barnacles collected on the plane debris may indicate that it had been in the ocean for a significant period of time, according to India Today.

The discovery was made by employees of a company responsible for cleaning the shoreline of the island, India Today reported. Reunion Island, near Madagascar, is thousands of miles west of the MH370 search area, which covers some 75,000 square miles