The Irving Police Department has been accepted into a national program for law enforcement agencies that pledge to create a culture where officers intervene to stop fellow officers from causing harm.

IRVING, Texas - The Irving Police Department has been accepted into a national program for law enforcement agencies that pledge to create a culture where officers intervene to stop fellow officers from causing harm.

The images of the last moments of George Floyd’s life under the knee of a Minnesota police officer left Irving's police chief, like most of America, asking questions.

“We all ask ourselves why aren't they intervening? Why aren’t they doing something?” said Irving Police Chief Jeff Spivey. “Because they surely see what’s happening is wrong.”

The Irving Police Department has not had an incident like that and did not have a duty to intervene policy before the Floyd incident.

“We had a policy that was to protect the rights of all people,” Chief Spivey said.

Irving's enhanced its policy, but the police chief wanted his department to learn how to intervene.

“Stepping in and intervening — especially if you’re dealing with a supervisor — is just unheard of,” Spivey said. “It takes a great deal of courage a great deal of training and skill to step in in the heat of the moment and try to stop those emotions from over spilling into situations.”

The police chief began looking for the tools to give his officers and found them in Georgetown University.

The Active Bystandership for Law Enforcement, or ABLE, Project was created by Georgetown University and Sheppard Mullin Law Firm.

“It teaches practical skills that officers, frankly any of us, could use to intervene to prevent misconduct, mistakes and to promote health and wellness,” said Jonathan Aronie, who’s on the ABLE Project Board. 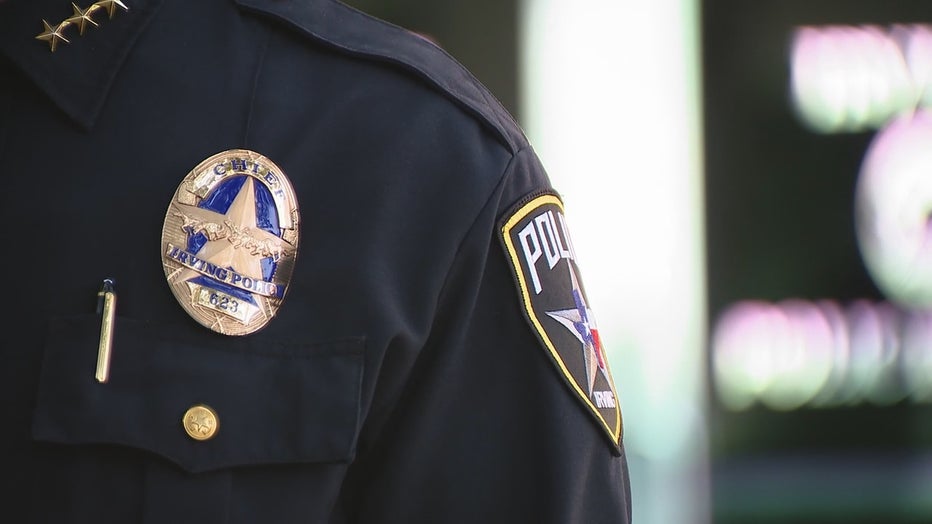 Since 2014, the New Orleans Police Department has had great success with a similar program designed to change police culture.

In this first round of national training, 34 departments or academies will be trained.

“To be accepted into the program, you have to commit to 10 standards and you have to submit four letters of support: the mayor, the police chief and two community groups,” Aronie said. “So this isn't just a training rede. This is really a means of cultural change to prevent harm to officers and citizens.”

An Irving sergeant and a patrol officer will go to Georgetown University to receive the training. In turn, they will train Irving officers on the techniques to intervene if a fellow officer, their peer or one who outranks them should they ever cross the line.