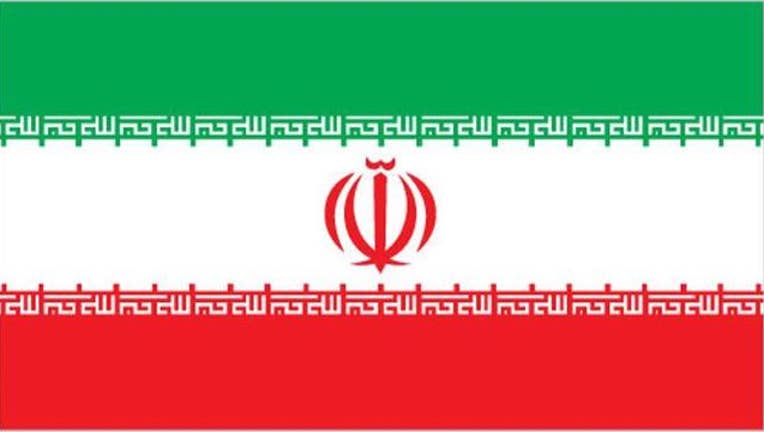 TEHRAN, Iran (AP) - Iran announced Sunday it will increase its uranium enrichment to an unspecified level beyond the terms of its 2015 nuclear deal with world powers, breaking another limit set under the accord and furthering heightening tensions between Tehran and the U.S.

Setting another unspecified 60-day deadline for the deal, Iran took further steps toward pressuring Europe while urging further diplomacy to save an agreement that President Donald Trump unilaterally pulled the U.S. from a year ago.

Hopes for saving the faltering deal appear increasingly dim, however, as the Europeans have been unable to offer Iran any effective way around U.S. sanctions that block Tehran's oil sales abroad and target its top officials. But Iran's recent measures, while of concern to nuclear non-proliferation experts, could be easily reversible if Europeans offer Iran the sanctions relief it seeks.

Tensions began rising in May when the U.S. rushed thousands of additional troops, an aircraft carrier, nuclear-capable B-52 bombers and advanced fighter jets to the Mideast.

Mysterious oil tanker blasts near the Strait of Hormuz, attacks by Iranian-backed rebels in Yemen on Saudi Arabia and Iran shooting down a U.S. military drone have raised fears of a wider conflict engulfing a region crucial to global energy supplies.

In Sunday's news conference, Iranian officials said the new level of uranium enrichment would be reached later in the day, but did not provide a percentage. Under the nuclear deal, the cap for enrichment was set at 3.67%, a percentage closely monitored by inspectors from the International Atomic Energy Agency, the U.N.'s nuclear watchdog.

"Within hours, the technical tasks will be done and enrichment above 3.67% will begin," Iran nuclear agency spokesman Behrouz Kamalvandi said. "We predict that the IAEA measurements early tomorrow morning will show that we have gone beyond 3.67%."

The IAEA said it was aware of Iran's comments and "inspectors in Iran will report to our headquarters as soon as they verify the announced development."

Ali Akbar Velayati, an aide to Supreme Leader Ayatollah Ali Khamenei, made remarks in a video Saturday about Iran's need for 5% enrichment. Bushehr, Iran's only nuclear power plant, is now running on imported fuel from Russia that's enriched around 5%.

"We will give another 60-day period, and then we will resume the reduction of our commitments," Araghchi said, without elaborating.

On Saturday, French President Emmanuel Macron told his Iranian counterpart, Hassan Rouhani, in a phone call that he is trying to find a way by July 15 to resume the dialogue between Iran and Western partners.

Kamalvandi also stressed that Iran will continue to use only slower, first-generation IR-1 centrifuges to increase enrichment, as well as keep the number of centrifuges in use under the 5,060-limit set by the nuclear deal. Iran has the technical ability to build and operate advanced centrifuges that work faster, but is barred from doing so under the deal.

"For the enrichment we are using the same machines with some more pressure and some special technical work," he said. "So we don't have an increase in the number of centrifuges for this purpose."

But Kamalvandi stressed that Iran is able to continue enrichment "at any speed, any amount and any level."

"For the enrichment we are using the same machines with some more pressure and some special technical work," he said. "So we don't have an increase in the number of centrifuges for this purpose."

Sunday's announcement about uranium enrichment came a year after President Donald Trump unilaterally withdrew from the deal. Iran has repeatedly warned Europe in recent weeks that it would begin walking away from an accord neutered by a maximalist American campaign of sanctions.

The decision to ramp up uranium enrichment came less than a week after Iran acknowledged breaking the deal's 300-kilogram (661-pound) limit on its low-enriched uranium stockpile.

Experts warn higher enrichment and a growing stockpile narrow the one-year window Iran would need to have enough material for an atomic bomb, something Iran denies it wants but the deal prevented.

Enriched uranium at the 3.67% level is enough for peaceful pursuits but is far below weapons-grade levels of 90%.

Iran denies it seeks nuclear weapons, but the nuclear deal sought to prevent that as a possibility by limiting enrichment and Iran's stockpile of uranium.

International reaction came swiftly, including from Israeli Prime Minister Benjamin Netanyahu, who long has described Iran and its nuclear program as a threat to his country. He called on world powers to impose "snapback sanctions" on Iran.

"It is a very, very dangerous step," Netanyahu said. "I'm asking you, not to provoke but out of joint knowledge of history and what happens when aggressive totalitarian regimes can cross the threshold toward things that are very dangerous to us all. Take the steps that you promised. Enact the sanctions."

Associated Press writers Kiyoko Metzler in Vienna and Aron Heller in Jerusalem contributed to this report.