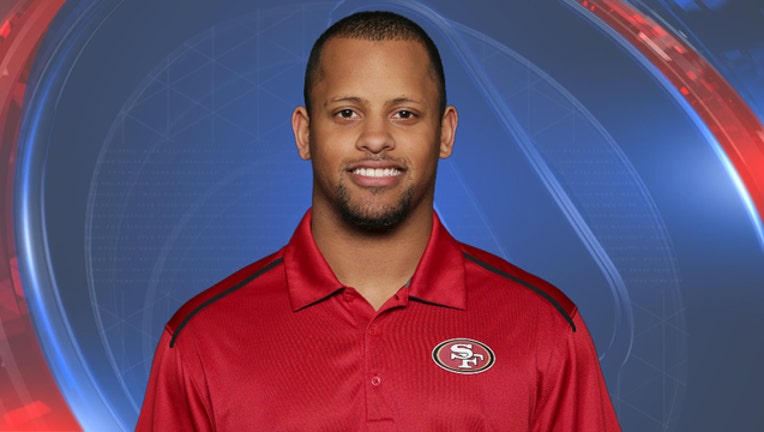 PORTLAND, Ore. (AP) - Former University of Oregon and San Francisco 49ers football star Keanon Lowe said he had just entered a classroom at the Portland high school where he works as a coach and security guard when a student armed with a black shotgun appeared in the doorway.

Lowe had just seconds Friday to react. He lunged at the gunman and wrestled with him for the weapon as other students ran screaming out a back door, Lowe told reporters Monday at a news conference.

Lowe said he managed to get the gun away from the student and pass it to a teacher while Lowe held down the student with his other hand. Lowe wrapped the student in a bear hug until police arrived, he said.

No one was injured. Police are still trying to determine if any shots were fired.

"I saw the look on his face, the look in his eyes, I looked at the gun, I realized it was a real gun and then my instincts just took over," Lowe, 27, said.

Lowe, who is head football and track coach at Parkrose High School, said he had a few moments with the teenager, who was distraught, before police arrived.

"I told him I was there to save him, I was there for a reason and this was a life worth living."

The suspect, 19-year-old Angel Granados-Diaz, pleaded not guilty Monday during a brief court hearing to a felony count of possessing a weapon in a public building and three misdemeanors.

Granados-Diaz turned 19 in jail on Monday, the same day students at Parkrose High returned to class after an emotional weekend that included their prom.

He said school security personnel were responding to those concerns when Granados-Diaz arrived at the classroom.

A police report says the incident was a "suicide attempt with a gun" and someone added in bold handwriting "enhanced bail/suicidal."

Granados-Diaz was being held on $500,000 bail and has another court appearance next week, according to court papers.

Lowe said he was called on a radio to go to a classroom in the fine arts building and get a student. When he got there, the substitute teacher told him the student wasn't in class. Lowe said he was about to leave when Granados-Diaz entered the room.

"The universe works in crazy ways so I just happened to be in that same classroom," he said.

"I was within arm's length of him so it happened fast and I was able to get to him," he said. "I'm lucky in that way."

Lowe was a star wide receiver at the University of Oregon, playing from 2011 to 2014. He caught 10 touchdown passes and had nearly 900 receiving yards.

Lowe began working at Parkrose last year as the football and track coach, his LinkedIn profile says. Before that, he worked for his high school alma mater, Jesuit High, where he had earned state defensive player of the year as a defensive back and was a standout sprinter.