The community southeast of Houston celebrates the 42nd annual Martyn Farm Harvest Festival and our guest reporter, 7-year-old Noah Ventura, shares more about what he learned!

HOUSTON - Residents southeast of Houston got to step outside and enjoy the cool weather as a former farm came to life.

The Armand Bayou Nature Center opened the doors to its 42nd annual Martyn Farm Harvest Festival this weekend in Pasadena and FOX 26's photojournalist Dalene Fares got to capture the moments with our brand new guest reporter, 7-year-old Noah Ventura.

Each fall since 1981, the Martyn Farm at Armand Bayou Nature Center has given visitors the opportunity to step back in time at the annual Harvest Festival at the former Martyn Farm.

Guests can enjoy activities such as quilting, weaving and spinning, woodcarving, butter making, candle making, and making other types of foods, drinks, and baked goods. The festival even holds fun contests such as a pie-eating contest, a cupcake walk, and a raffle. 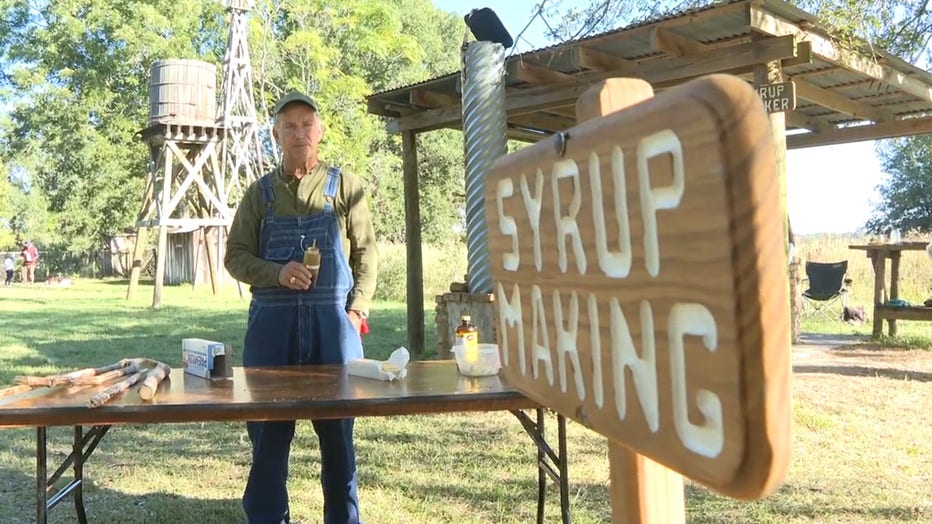 People can also have some fun taking wagon rides and learning how to square dance.

"There's a farmhouse nearby, and it's a great place. Some things I didn't even know because like I didn't know how they made sugar canes," says reporter Ventura.

There were a variety of vendors at the festival as well providing all types of goods for guests. The Houston Calligraphy Guild, Saloon Door Brewery, SweetNes Honey Apiaries and Beetique, String Theory, and Yellow Rose Cloggers were some of the many vendors in attendance.

"I also learned that they didn't have cars or transportation like that. They had carriages, with horses carrying them. No cars, no trucks, just carriages," Ventura adds.

The discovery of King Tut's tomb is regarded as the most important find in the excavation of ancient Egypt. Now, a brand new exhibit at the Houston Museum of Natural Science lets you experience the tomb first hand. "King Tut's Tomb" tells the story of the initial finds in the Valley of the Kings that led to the eventual discovery that stunned the world.

"This festival highlights turn-of-the-century living," says Elisa O'Neal, Armand Bayou Volunteer Coordinator. "We've harvested the canned that we grow here. and then we press it, there in the sugar cane press and cook it up in our syrup cooker."

RELATED: Black fraternity gives back to Houston community for Thanksgiving