Hurricane Delta has made landfall as a category 2 hurricane along the&nbsp;Louisiana coast. FOX 26 Chief Meteorologist Dr. Jim Siebert shares what the Houston-area can expect.

Hurricane Delta has made landfall as a category 2 hurricane along the Louisiana coast.

The NHC says Delta is expected to bring hurricane conditions and a life-threatening storm surge in the landfall area during the next several hours.

As of 10 p.m. Friday, Delta is located about 70 miles northeast of Cameron, Louisiana, and is moving north-northeast at 15 mph.

Delta was a Category 3 hurricane on Friday morning, but has since weakened to a Category 1 hurricane with winds now at 75 mph. Delta is expected to continue to weaken.

On the forecast track, Delta will move across central and northeastern Louisiana tonight and Saturday morning. 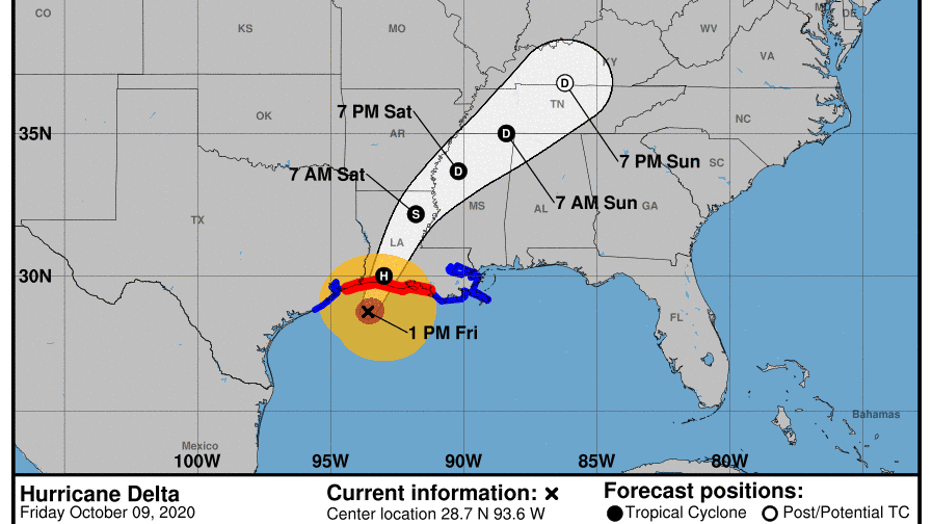 - Cameron to the Mouth of the Pearl River, Louisiana including Vermilion Bay and Lake Borgne

- East of Morgan City, Louisiana to the mouth of the Pearl River, including New Orleans
- Lake Pontchartrain and Lake Maurepas

David said he filmed this video of traffic along Interstate 10 near Beaumont, Texas, as he drove back to Lake Charles. Credit: David Galloway via Storyful

This is the sixth time this season that Louisiana has been threatened by tropical storms or hurricanes. One fizzled at the southeast Louisiana tip and others veered elsewhere but Tropical Storm Cristobal caused damage in southeast Louisiana in June. And Laura demolished much of the southwestern part of the state on Aug. 27, causing more than 30 deaths.