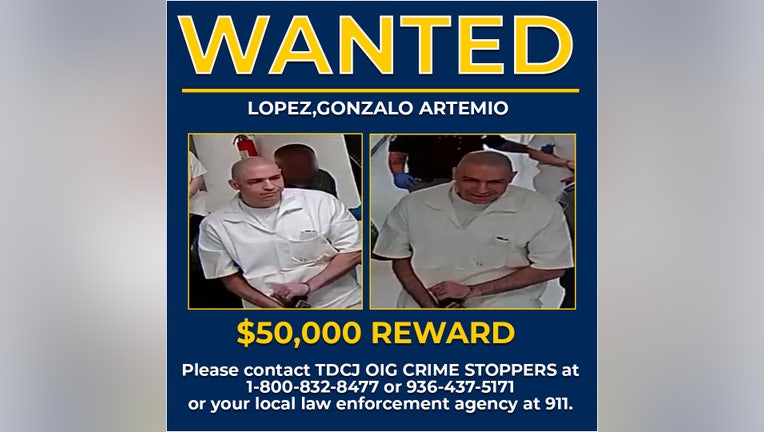 CENTERVILLE, Texas - It's been more than a week since escaped Texas inmate Gonzalo Lopez, 46, has been on the loose, but the search remains underway.

Texas Department of Criminal Justice (TDCJ), Lopez was serving a life sentence for capital murder before escaping on May 12 when he was being transported from the Hughes Unit in Gatesville to the Estelle Unit in Huntsville for a medical appointment.

Several law enforcement agencies were involved in the hunt, including the Office of Inspector General (OIG) and as of Friday, they have concluded "an exhaustive ground and air search in Leon County," but TDCJ says the search is entering a new phase.

Certain personnel is expected to stay in Leon County, where authorities say Lopez was last seen leaving, and strategic searches of areas will be conducted outside the originally secured perimeter. Additionally, the renewed focus by OIG, Texas Rangers, and the U.S. Marshals is "to leave no stone unturned as they follow leads and track Lopez's whereabouts."

"Anyone who has knowledge of Lopez’s location should come forward," said Inspector General Cris Love. "Those found to be helping or harboring him not only will face arrest and prosecution, but I believe they are putting themselves in danger. Lopez has a complete disregard for human life and will do what it takes to avoid capture. We will take this investigation where ever it leads us until Lopez is back in custody."

SkyFOX was hovering above Highway 7 in Leon County, where a perimeter was set up to find escaped inmate, Gonzalo Lopez, who is serving a life sentence for capital murder but assaulted and stabbed a Texas Department of Criminal Justice corrections officer while being transported.

The TDCJ say Lopez was being transported in a separate, caged area of the bus, designated for high-risk inmates, due to his criminal history and restrictive housing status. Lopez got out of his restraints, cut through the expanded metal, crawled out through the bottom of the cage, and attacked the driver.

Officials say Lopez stabbed the driver in the hand with an unknown object. The officer and Lopez got out of the bus, and a second officer got out from the back of the bus. However, Lopez got back on the bus and started driving down the road.

The officers fired shots at and shot a rear tire, disabling the bus, TDCJ says. The bus traveled a short distance before leaving the roadway. Officials say Lopez exited the bus and ran into the woods off of Highway 7. 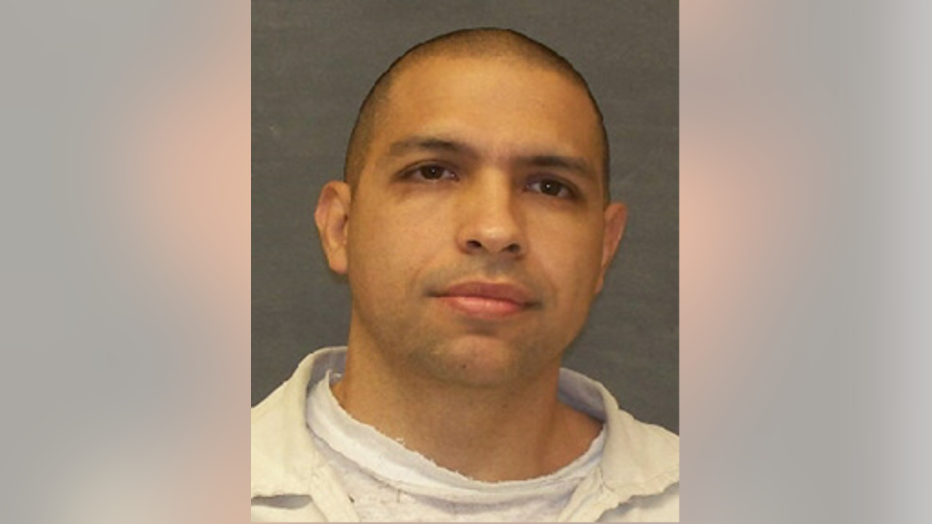