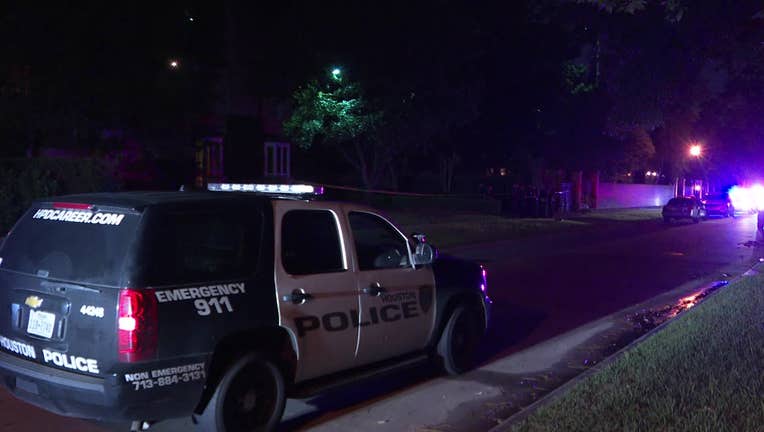 The Houston Police Department investigates a deadly shooting on Larchmont.

HOUSTON - Houston police say a woman fatally shot a man who was reportedly trying to force his way into her home in River Oaks.

HPD and HFD responded to a report of a shooting in the 1900 block of Larchmont around 11 p.m. Wednesday.

A man with a gunshot wound to the torso was taken to the hospital. He was pronounced deceased.

Police say the woman was allowing the man, a friend of a friend, to stay at the home to help him out for a few days.

According to police, the man had reportedly become aggressive toward one of the women who lives there and was asked to leave and not come back.

Police say it was reported that the man returned and was trying to force his way inside when the woman shot at him in fear for her life.

The shooter is being interviewed by police, and an investigation is underway to determine exactly what led up to the shooting.