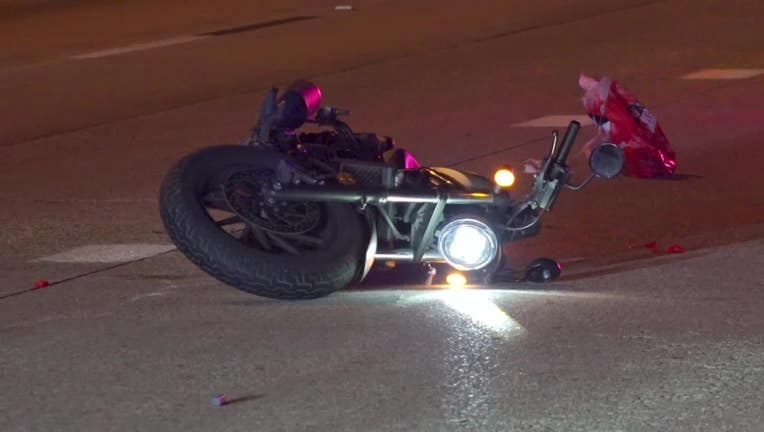 The Houston Police Department investigates a crash involving a motorcyclist and a pedestrian on the North Loop.

HOUSTON - Houston police say a motorcyclist struck a woman who was walking on the North Loop, and they were both taken to the hospital.

The crash occurred around 3:15 a.m. Thursday in the eastbound lanes of the 610 North Loop near Airline Drive.

Police say they first received reports about a woman walking around on the freeway, and the crash occurred shortly after.

The motorcyclist and the woman were taken to the hospital. They were last reported to be in critical condition.

The eastbound lanes were closed while police investigated the crash, but the North Loop reopened by 5 a.m.