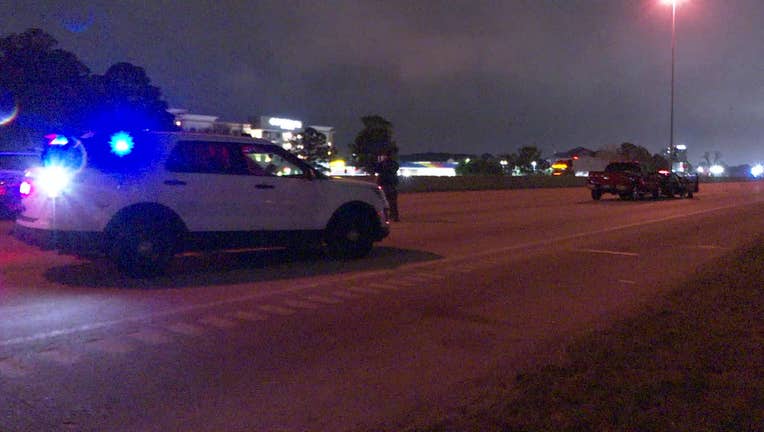 The Houston Police Department investigate a deadly crash on the Eastex Freeway near Kingwood Drive.

HOUSTON - A mother who got out of her car to check on her kids after a crash along the Eastex Freeway was then fatally struck by a pickup truck, Houston police say.

The deadly crash occurred along the U.S. 59 Eastex Freeway near Kingwood Drive around 7 p.m. Sunday.

According to police, the 42-year-old victim was driving southbound on the Eastex Freeway between Northpark Drive and Kingwood Drive when her car was struck from behind by an unknown vehicle – which then fled the scene.

Police say the woman stopped her car in a moving lane of traffic and got out to check on her children in the backseat.

According to police, she was standing on the freeway when a pickup truck in the same lane as her car swerved to avoid hitting the vehicle, but ended up striking the woman.

The pickup truck came to a stop a short distance away and waited for police, officials say. Police say another pickup truck ended up hitting the back of the woman’s car, but only caused minor damage because the driver was able to slow down. That driver also remained at the scene.

The woman died at the scene. The children in the backseat of the woman’s car were not injured.

Police say the pickup truck drivers who remained at the scene did not show signs of intoxication. They were questioned and released.