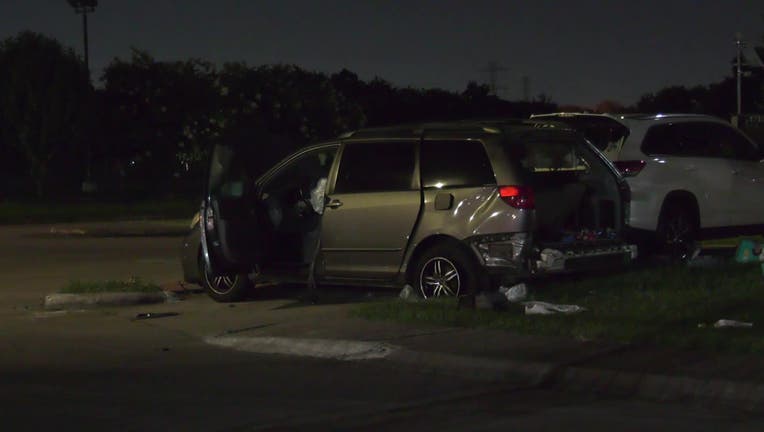 Police say the vehicles involved in the crash struck a parked SUV near the intersection of Corona Lane and S Kirkwood Road.

HOUSTON - Houston police say two women and six children were taken to the hospital after their van was struck by a Camaro that may have been racing another vehicle.

Authorities say the van was traveling on Kirkwood and making a left turn onto Corona Lane when a Camero struck the vehicle.

The van and the Camaro came to a stop on the corner of the intersection, hitting another SUV that was parked in a driveway, police say.

Authorities say the driver of the Camaro then fled the scene on foot. 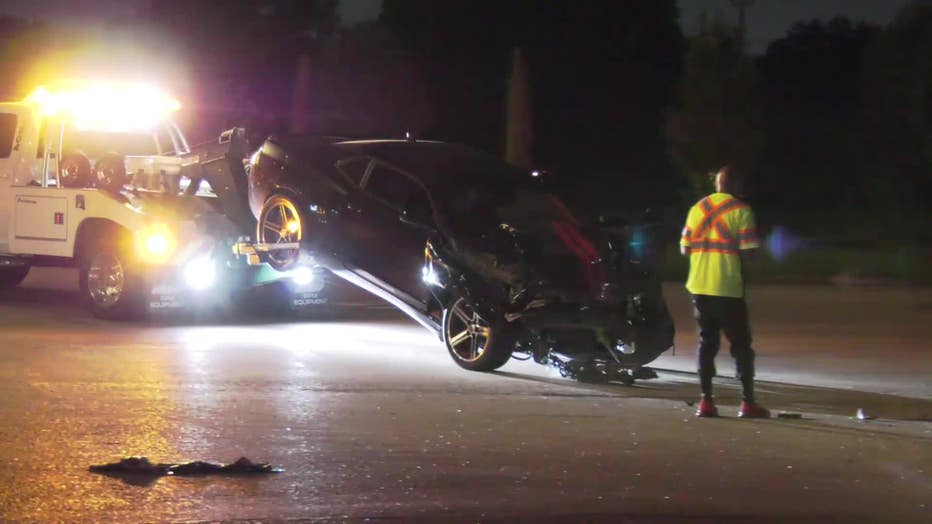 A car is towed from the scene of a crash near Corona Lane and S Kirkwood Road.

According to officials, two women and six children were in the van, and they were all taken to the hospital by ambulance. One of the children, an 11-year-old, was reported to be in critical condition.

There were reportedly people inside of the parked SUV, but they did not report any injuries.

Police say there are reports that the Camaro may have been racing another vehicle before the crash. The crash remains under investigation.