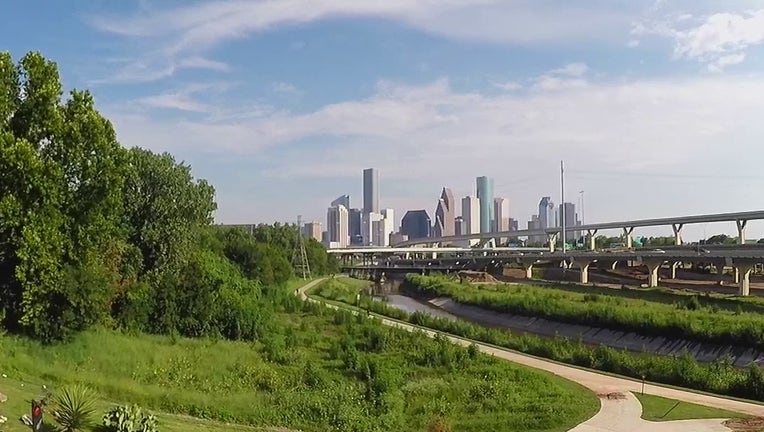 HOUSTON - Here’s a look at how the 10 most populous metro areas in the U.S. changed during the first full year of the pandemic, from mid-2020 to mid-2021, according to U.S. Census Bureau population estimates released Thursday. The population estimates calculate births and deaths, as well as domestic and international migration.

The exodus from the biggest U.S. metropolitan areas was led by New York, which lost almost 328,000 residents. The decline was driven by people leaving for elsewhere in the U.S., even though the metro area gained new residents from abroad and births outpaced deaths. Its population dipped to 19.7 million residents.

Los Angeles lost almost 176,000 residents, the second-biggest drop among U.S. metro areas. Like New York, births outnumbered deaths, and there was an increase in international residents. But it wasn’t even close enough to overcome the loss of tens of thousands of residents who moved away. Its population dropped to 12.9 million residents.

Californians fleeing for Texas so fast U-Haul runs out of trucks for them: report

A new report from U-Haul found that migration to southern states continued throughout the pandemic, with Texas being the top destination.

The loss of more than 91,000 residents in greater Chicago was driven by people moving away. As in New York and Los Angeles, births outpaced deaths in Chicago, but the increase was much smaller than the other two metro areas. Its population stood at 9.5 million residents.

The Dallas area grew by more than 97,000 residents, the most of any U.S. metro area in 2021. Close to two-thirds of the growth came from people moving from elsewhere, and the rest came from births. Its population jumped to 7.7 million residents.

The 69,000 residents that Houston gained was the third-highest of any U.S. metro area. Births accounted for more than half of the growth, though the migration of new residents wasn’t far behind. More than a third of the migration to the Houston area came from outside the U.S. Houston’s population stood at 7.2 million.

Moving to Texas: Why Tesla’s Elon Musk, Oracle and HPE are leaving California

All eyes are on Texas after Tesla CEO Elon Musk and major tech companies emigrate from California. We take a look at what makes our Lone Star State so great.

The nation’s capital lost almost 29,000 residents in its metro area. A net gain of 25,000 births over deaths wasn’t enough to overcome the tens of thousands of residents who left the Washington, D.C. region. Its population was 6.3 million residents.

Greater Philadelphia lost more than 13,000 residents. Around three-quarters of the loss came from people leaving, and the rest was caused by deaths outnumbering births. The metro area had 6.2 million residents.

The Atlanta area grew by almost 43,000 residents. Almost 60% of the new residents were people who had moved from elsewhere, while the rest came from births. It had 6.1 million residents.

Get your top stories delivered daily! Sign up for the FOX 26 Newsletter. And, get breaking news alerts in the FOX 26 News app. Download for iOS or Android.

Greater Miami declined by more than 34,000 residents. Residents moving away from the metro area were more than double the substantial growth in new residents arriving from abroad. Deaths accounted for about 5% of the population loss. The metro had 6 million residents.

Greater Phoenix had the second-largest population gain among U.S. metros, jumping by more than 78,000 residents. Almost all of the growth was driven by residents from other places moving to the Valley of the Sun. More so than Dallas or Houston, the natural increase from births accounted for a very small share of the growth — around 10%. Its population grew to 4.9 million residents.