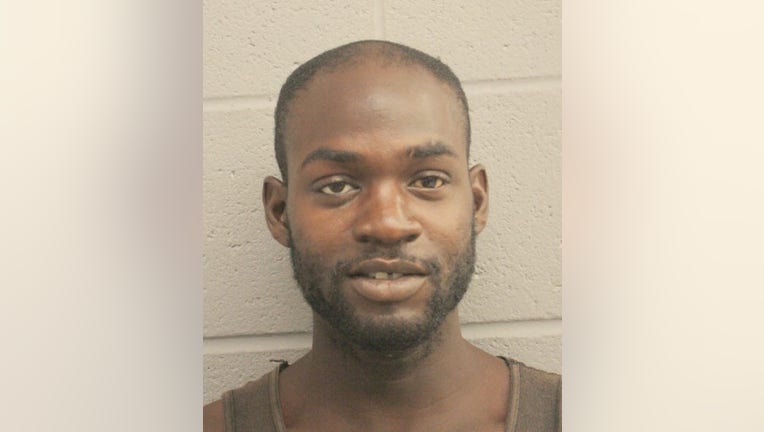 HOUSTON - Authorities have sentenced a Houston man already arrested for rape to more than 60 years after confessing to two cold case murders in exchange for a deal.

According to the Harris County District Attorney's Office, Chris Dontrell Roddy, 31, was initially arrested in July 2020 for sexually assaulting a female jogger in MacGregor Park earlier that February. Authorities say his DNA linked him to the crime.

While Roddy was awaiting trial, a detective with the Houston Police Department interviewed him about Kithy Pagett, 34, one of his neighbors who died after she was shot in the back of the head. His DNA was reportedly found on a soda can near the crime scene in the Greater Greenspoint area, but officials say "there was not enough evidence to charge him."

During the interview, Roddy said he recently converted religions and therefore, admitted to killing Padgett. Additionally, Roddy confessed to shooting Dantrell Burks, a stranger riding his bike at the same apartment complex in 2016, several times. Investigators say the case went cold for years.

The 31-year-old will not be eligible for parole until he has served 30 years in prison, which is the same as if he'd been sentenced to a lengthier time period, like life in prison. The D.A.'s office says a defendant convicted of murder has to serve at least half of their prison sentence to be eligible for parole, but it's capped at 30 years.

We're told the victim's families were consulted before agreeing on sentencing, and Assistant District Attorney Brett Batchelor, who prosecuted the case, said the plea deal was the right call.

"He was hurting random people who were completely innocent with no rhyme or reason," Batchelor said. "These victims he killed had families, they had children, who will never see them again. He caused a lot of hurt."