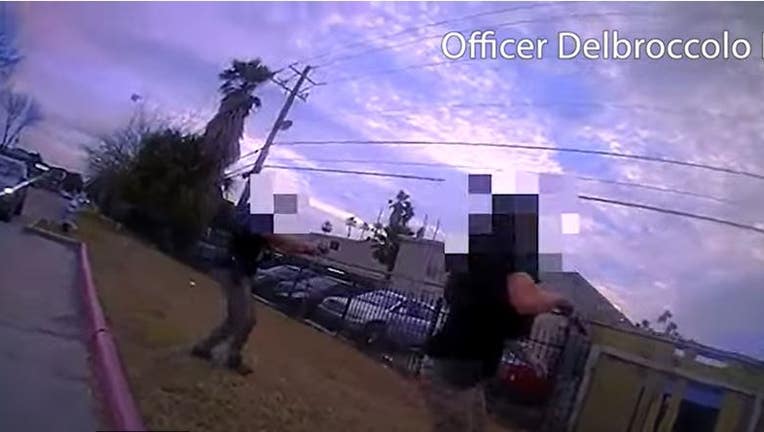 Police said the shooting occurred on the 2500 block of Lazy Hollow Drive on March 2, around 6 p.m.

Authorities said they were conducting surveillance on Alberto Riascos, who was wanted for aggravated assault with a deadly weapon and was a suspect in a homicide.

During the surveillance, authorities saw Riascos leave an apartment and go to a nearby business.

As Riascos walked back to the apartment complex, officers approached him and attempted to take him into custody.

However, police said Riascos had a weapon and fired at a Houston Police Department Sergeant.

As a result, the sergeant fired his weapon striking Riascos, police said.

Authorities said medical aid was given to Riascos before EMS arrived. However, Riascos was pronounced dead at the scene.