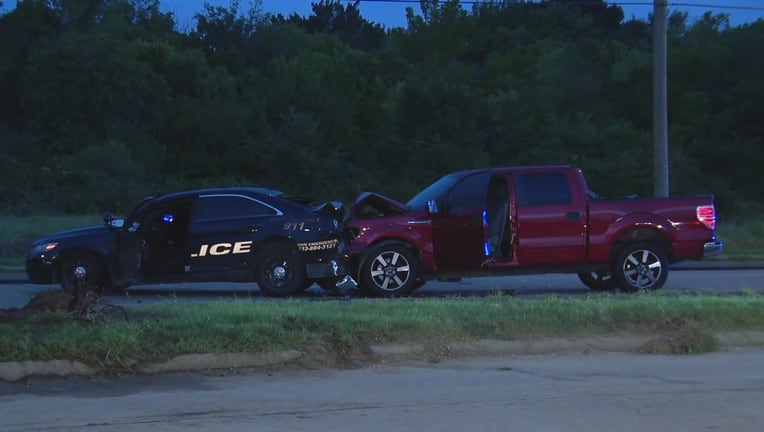 A Houston police officer and another driver were involved in a crash on S Post Oak Road.

HOUSTON - A Houston police officer was taken to the hospital after an alleged intoxicated driver crashed into his vehicle, officials say.

The crash occurred in the 12800 block of S Post Oak Road near Allum Road shortly after 5 a.m. Thursday.

According to HPD, the officer’s vehicle was blocking a lane of traffic as he responded to a previous incident where a car had crashed into a tree and caught fire.

While the officer was sitting in his vehicle with the lights on, police say, another driver rear-ended the patrol car.

The officer was taken to the hospital. Police say he has injuries to his back and legs. The extent of those injuries is not known at this time, but officials say the officer is expected to survive.

Officers at the scene determined that the driver who struck the patrol vehicle was impaired.