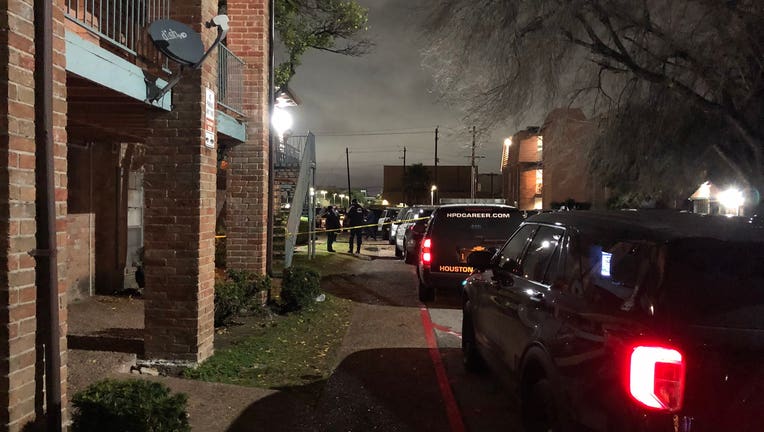 Photo from the scene. (Houston Police/Twitter)

HOUSTON - Houston police are now investigating after a 3-year-old boy died at the hospital.

Executive Assistant Chief Troy Finner with the Houston Police Department said they were called out to the 6400 block of Ranchester around 4:30 p.m. Thursday in reference to a person down call.

Officers learned that a 3-year-old boy was transported to the hospital where he later died.

Finner stated the mother of the boy received a call earlier from relatives inside the apartment that the boy was unresponsive due to some type of injury.

When the mother arrived, she met with a neighbor who tried CPR on the boy but he didn't survive.

No cause of death has been determined.

Finner said it's unclear if there was foul play involved in the child's death.

Finner stated that they have a few people detained in connection to the investigation. However, they don't have enough details right now and are treating this as a crime scene so investigators can do their job.