HOUSTON - WARNING THE VIDEO BELOW IS GRAPHIC, BUT FOX 26 HAS CENSORED STRONG LANGUAGE. VIEWER DISCRETION IS ADVISED.

The Houston Police Department released bodycam video of a shootout in the Third Ward that injured three officers.

Houston Police released shocking bodycam and dashcam video on Wednesday from the Jan. 27 shootout and standoff with a man who left three officers injured.

The raw video shows the tense moments near downtown Houston, where the gunman, now identified as Roland Caballero, opened fire on officers as soon as they arrived at the scene where he crashed his vehicle following a chase.

Caballero, 31, fired dozens of shots at the arriving officers from an illegally-altered gun. The dashcam footage ends after a terrifying spray of bullets hits the patrol car and takes out the camera.

The responding officers are seen exchanging gunfire with the suspect for minutes, before Caballero takes off running down the street to carjack a woman in a white vehicle.

There's more gunfire exchanged between Caballero and officers before he drives off in the woman's vehicle. 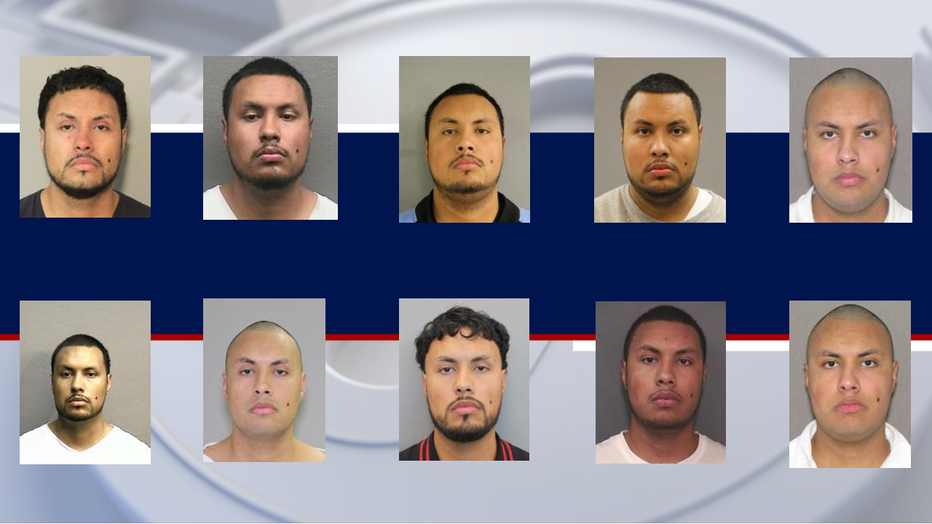 Roland Caballero, 31, the suspected gunman who injured three Houston police officers in a shootout, has a long criminal rap sheet. Here are his previous mugshots.

In another nighttime bodycam video, Caballero is seen surrendering.

He had sustained a gunshot wound to the neck area and was transported to the hospital in stable condition. 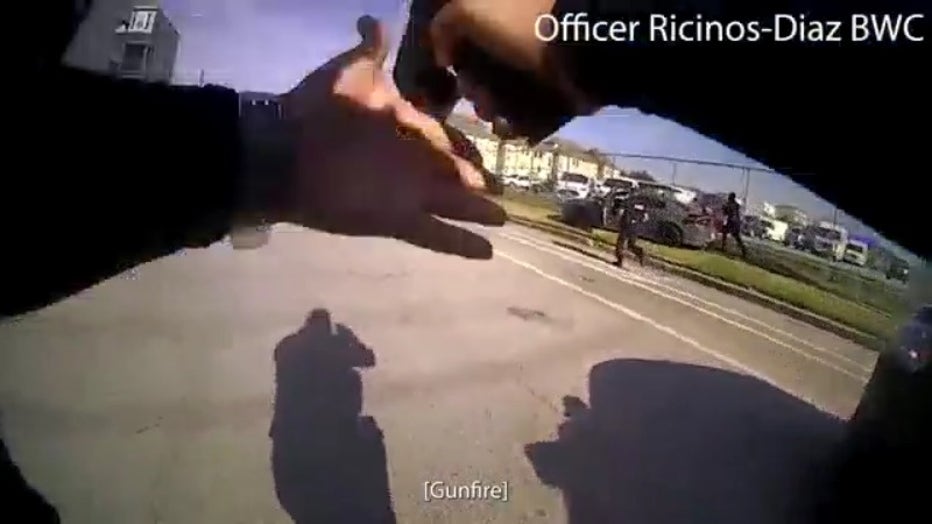 Note that the videos can be graphic and contain strong language. All videos released by Houston Police Department can be viewed by clicking here.

During the initial shootout, three officers were hit:

Fortunately, all three officers have since been released from the hospital.

Three officers with the Houston Police Department were injured in a shootout with a suspect near downtown Houston and FOX 26's Randy Wallace got to speak with them exclusively after they were released from the hospital.