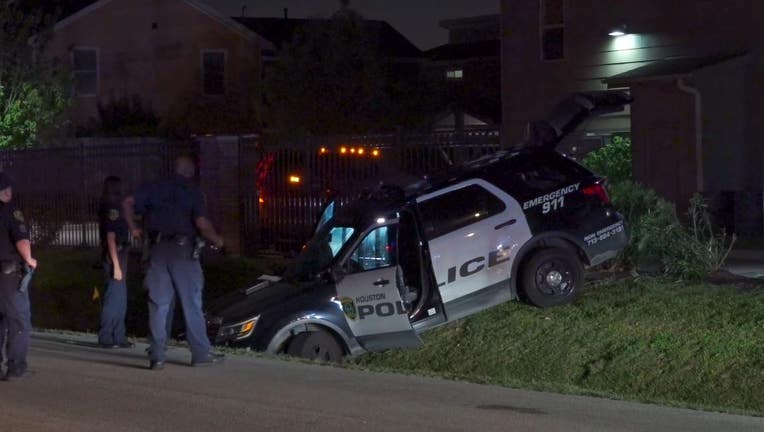 HOUSTON - A police patrol vehicle crashed into a ditch overnight Saturday in the Heights area during a chase with a stolen vehicle.

Officials with the Houston Police Department were reportedly chasing the stolen truck through an apartment complex in the 4400 block of Irvington around 1 a.m.

That's when authorities said the driver ran through the security and a side gate.

The truck then ran through the side gate, going into a ditch. Responding officers also following the truck, drove into the ditch as well. 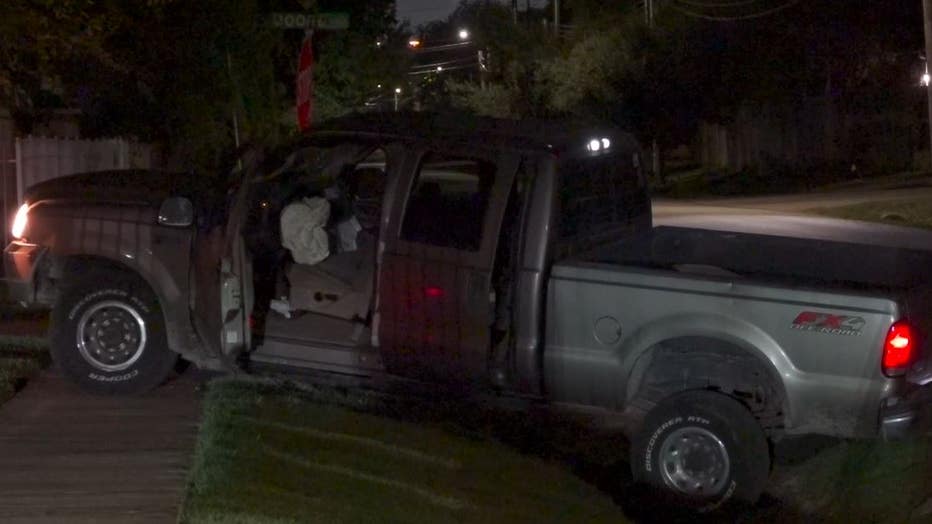 One of the officers was rushed to a hospital after suffering a possible concussion as well as some minor scrapes.

Meanwhile, three out of the four suspects inside the stolen van were taken into custody. A search remains underway to find the fourth, who was only identified as a woman.

No other information was released, as of this writing, but an investigation remains underway.