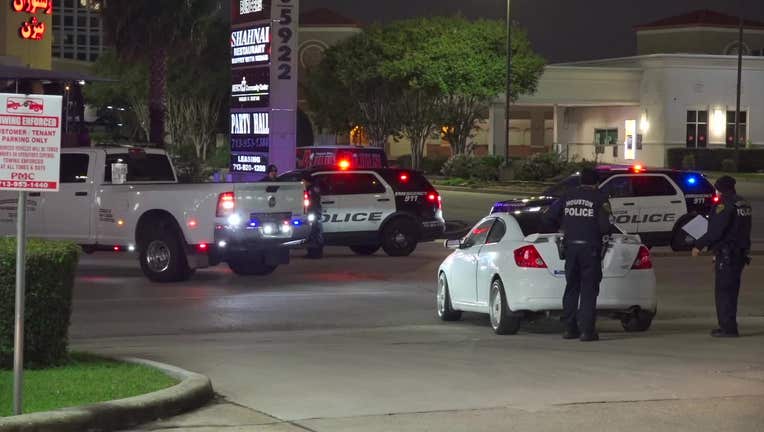 HOUSTON - A suspected intoxicated driver hit a Houston police officer and a suspect the officer was chasing after, police say.

The incident occurred shortly after 1 a.m. Tuesday in the 6600 block of Hillcroft Avenue.

MORE: Man dancing on 18-wheeler died after getting knocked off under Houston bridge, police say

According to police, officers were investigating a hit-and-run crash involving two cars near Hillcroft and the Southwest Freeway when they learned the hit-and-run suspect had crashed further down the road.

Officers located the suspect and got into a foot pursuit, officials say.

According to HPD, as an officer and the hit-and-run suspect were running west on Hillcroft, a white Scion struck them.

The driver of the Scion was evaluated at the scene and then taken into custody for driving while intoxicated, police say.

The investigation into the crashes continues.