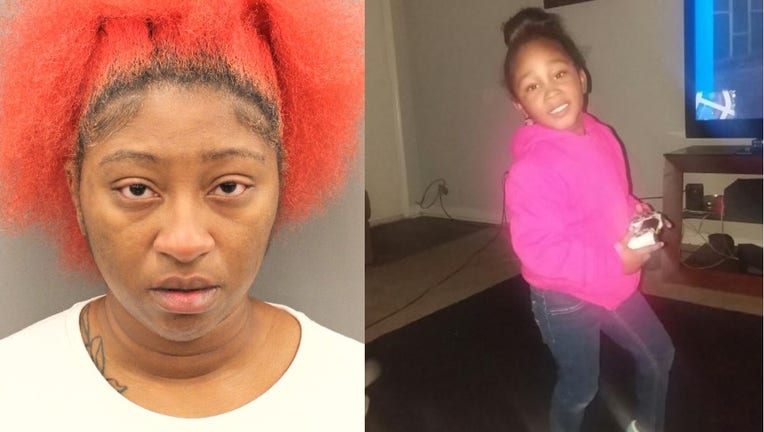 Andrea Webb (left) was charged with injury to a child in connection to the death of Samantha Bell (right) (Photos: Harris County District Attorney's Office)

HOUSTON - A Houston mother was sentenced to 40 years in prison after pleading guilty to injury to a child in connection to the death of her 5-year-old daughter in 2019.

"Children are the most vulnerable and most innocent victims that we see in the criminal justice system, and a parent’s duty is to protect them, not violently beat them," said Harris County District Attorney KimOgg.

The Harris County District Attorney’s Office says Webb pleaded guilty in September to the first-degree felony of injury to a child, which carries the same punishment range as a murder charge, and asked that her punishment be determined by a judge. She was sentenced on Wednesday.

Police say Webb called 911 around 11 p.m. March 9, 2019, and claimed her daughter had fallen from the balcony of their apartment in the 8500 block of Broadway.

The girl had injuries to her face and body that were not consistent with a fall, police said.

According to the DA’s Office, when police asked Webb why the girl was bruised all over her body, the girl’s mother admitted that she lied and made up the story because she was scared that she might be charged with murder.

Police say Webb told officers that she made the girl sit against a wall in the home for multiple hours without support of a seat, and the mother struck the girl with a belt if she could not.

The case was prosecuted by Assistant District Attorney Gilbert Sawtelle, who is a chief in the DA’s Child Fatality Section.

"This physical abuse went on for a long period of time and didn’t just happen on one day," Sawtelle said.

He said that the girl died from old and new blunt-force injuries including patterned and looped scars, contusions and lacerations that resulted in pulmonary fat embolism, acute kidney injury and evidence of systematic stress response.