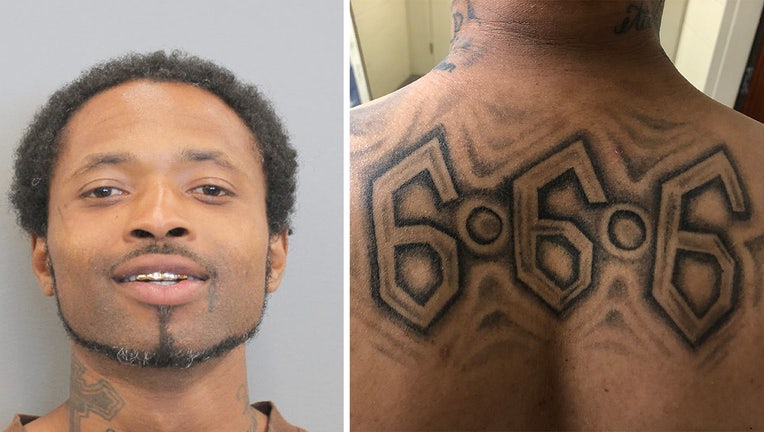 HOUSTON - A Houston man with the middle name "Demon" has been handed two life sentences for a 2019 shooting.

Lavonie Demon Land, 37, was convicted of murder and aggravated assault with a deadly weapon after killing one brother and wounding the other, Harris County District Attorney Kim Ogg announced Monday.

"This was a senseless attack that devastated a family," Ogg said in a press release. "Our prosecutors were able to show the jury that this man is a predator who needs to be forever kept off the streets of our community."

According to the release, the incident occurred outside a store located at 4700 Market, in the Greater Fifth Ward.

One of the brothers went inside the store and an argument broke out between him and Land, who was a stranger. Land followed him outside, then pulled a handgun and began shooting.

He shot the younger brother in the back, and the other brother, as he got out of the passenger side of their vehicle and stood up. Land then fled the scene while laughing, according to witnesses.

Land, who has a large "666" tattooed across his back, was arrested weeks later after he was caught on surveillance video in another case as he confronted a man and then chased him down and shot him in the back.

That victim also survived, and testified against Land during the week-long trial.

After convicting Land, jurors were told during the punishment phase of proceedings, that Land had been sentenced to prison in an earlier case in which he shot two men in the back during a confrontation.

It resulted in two life sentences, which will run concurrently.

"If he ever sets foot in regular society again, we believe he will shoot someone again," Asst DA Whitney Rasberry said. "He was an extremely dangerous guy, and the jury knew that and gave him two life sentences and two $10,000 fines. They told us afterward that they wanted to make a statement."

The case was investigated by the Houston Police Department.