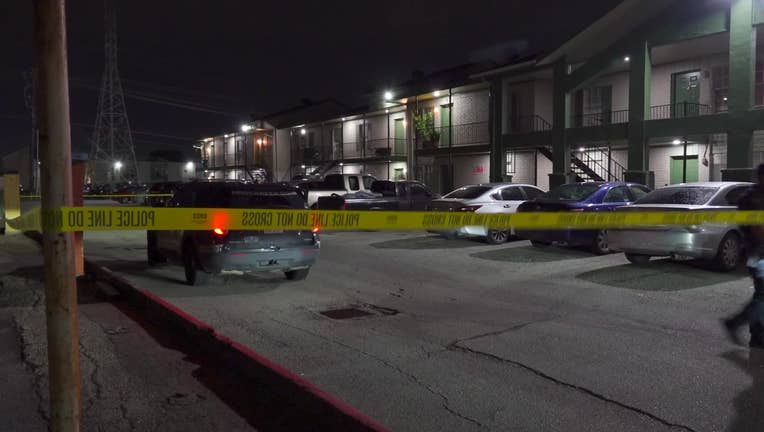 The Houston Police Department investigates a shooting on Broadway.

HOUSTON - Houston police are working to determine what led up to a shooting that left a man in critical condition.

Authorities responded to a call a little after 2 a.m. at an apartment complex in the 8400 block of Broadway.

Police say it’s not clear what happened before the shooting or who shot the man, but he did have multiple gunshot wounds.

According to HPD, he started knocking on doors after he was shot, and a woman called authorities to get him help.

He was taken to the hospital and taken into surgery. He was last reported to be in critical condition.