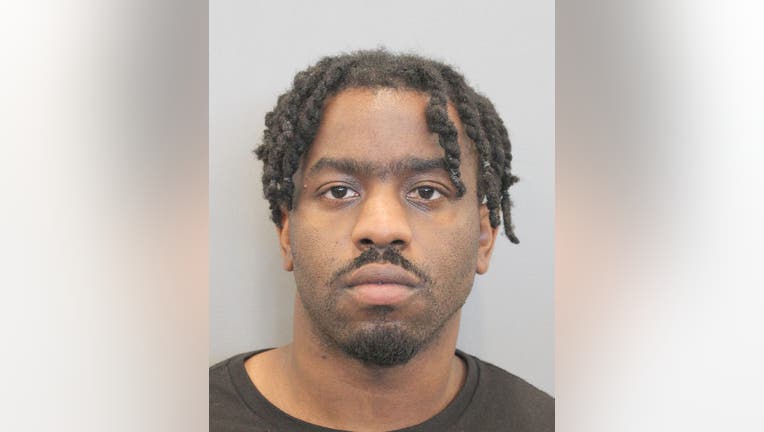 HOUSTON - The man accused of shooting and killing his supervisor at a Houston office building on Wednesday has been charged with murder.

Montavius Terrell Wright, 26, is accused in the death of 48-year-old Doran Kelly.

Wright’s bond was set at $500,000 during probable cause court on Thursday morning.

If released, he must abide by several conditions including no contact with the victim’s family or any employee of Cedar Gate Technologies, and he can’t come within 500 feet of the scene of the shooting.

Prosecutors had requested a $1 million bond, alleging in the motion that Wright killed the victim "in cold blood" at his workplace. A public defender requested bond be set at $40,000 citing his lack of criminal history, among other factors.

FOX 26 Reporter Matthew Seedorff has the latest after a man fatally shot a supervisor in the head on Wednesday, according to police.

The shooting occurred just before noon at 20 Greenway Plaza, an office building located at the intersection of Cummins Street and Portsmouth Street just north of the Southwest Freeway.

Officers responded to the location within three minutes of the call and went up to the shooting scene on the 10th floor, HPD said.

Officers found the victim with a gunshot wound to the head. He was pronounced dead at the scene. The suspect was no longer there.

Several law enforcement units arrived to help in securing the public and those in the building and in the search for the gunman. Officers and SWAT searched the building and the surrounding area for the suspect.

According to allegations read in probable cause court, a witness was able to identify Wright, a coworker, as the shooter. The witness reportedly told authorities that he heard a gunshot while sitting at his cubicle and looked out to see Wright pointing a pistol at the victim.

Authorities gathered information on the suspect and went to the building where he lives in Downtown Houston. According to HPD, the suspect was in a vehicle there and surrendered to authorities.

"We do not know why he chose to target his supervisor," Houston Police Executive Assistant Chief Larry Satterwhite said Wednesday. "We do believe he did target him because he passed up everybody else. We do not think this was random, but that he was actually looking for a supervisor and targeted him specifically."

The office building where the shooting occurred holds multiple businesses that are in solar energy, investment banking, finances and technology.

People who work in the building told FOX 26 that the building management held mandatory active shooter training in October 2021.