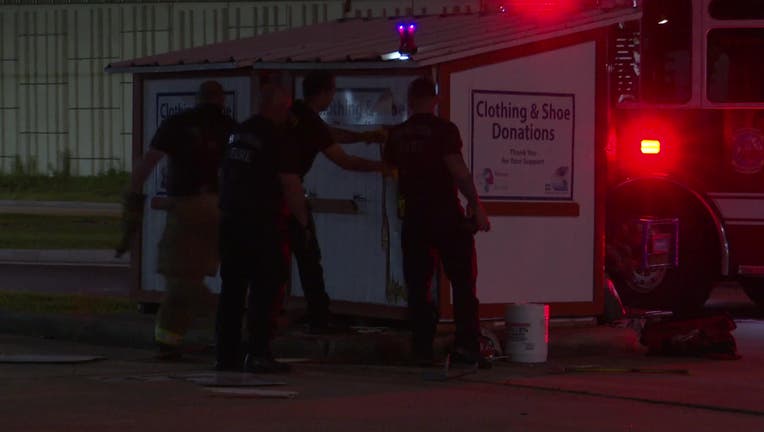 Firefighters freed a woman who became trapped in a clothing donation box.

HOUSTON - Firefighters rescued a woman who got trapped in a donation box in northwest Houston early Wednesday morning.

According to police, the woman got into the donation bin but couldn’t pull herself out. She told authorities she was trying to get clothes for her child.

The Houston Fire Department responded to the scene and was able to cut the box to free the woman.

Authorities say she was not injured.

Police provided her with pamphlets on resources to get clothing for herself and her child.