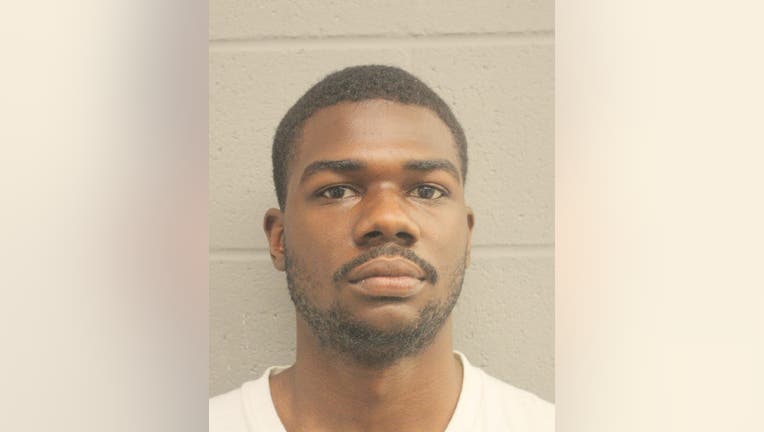 HOUSTON - A suspect is accused of fatally shooting a man who confronted him about vehicle break-ins, Houston police say.

Jerel R. Banks, 21, is charged with murder and tampering with evidence.

Officers responded to a report of a shooting around 3:45 p.m. June 30 in the parking lot of an apartment complex in the 9900 block of Buffalo Speedway.

According to detectives, Davenport had confronted a man he believed had broken into his vehicle twice. Police say there was an argument, and the suspect shot Davenport.

A woman went to the defense of Davenport, and shot at the suspect with her own gun, police say.

Authorities say the suspect ran and shot back at the woman, striking her in the leg.

Davenport had multiple gunshot wounds and was pronounced dead at the scene. The woman was taken to the hospital in stable condition.

Upon further investigation, police identified Banks as the suspect in the case. He was arrested on August 5. Police say he was out on felony bond at the time of the shooting.