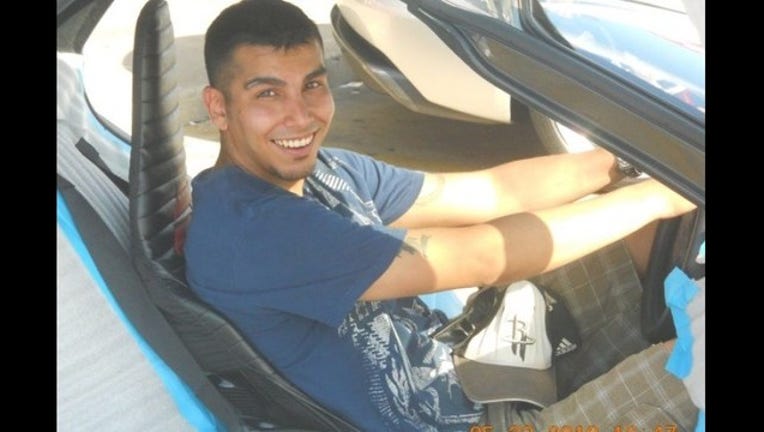 A Houston bartender is brutally attacked and the owners of the bar where it happened are calling it a “hate crime.”   The bartender, Raiel Rizk, is now in the hospital waiting to have surgery to repair his broken jaw.  The bar owners say they’re now working with the U.S. Marshall’s Office and the FBI to catch the attacker.

It wasn’t easy for Les Weaver and his wife Rebecca, who own “Uncle Albert’s Pub” on Barker Cypress in West Houston, to visit the victim in the hospital Wednesday.  He has worked at their bar for nearly a decade.  "It's sad to see somebody hurt so bad," said Rebecca Dove-Weaver.

They say Rizk wasn’t working but socializing at the bar late Monday night when he sat down at a table with a man and woman.  “I feel like he was set up they sat there and did it intentionally,” said Les Weaver.

What appeared to be laughter and friendly conversation, according to the owners, turned in to 7-minutes of violence once the men went into the restroom.  “Started calling him a terrorist and sucker punched him, and then just beat him up, and then ran out," said Weaver.

The Weavers were not there the night of the attack, but watched surveillance video of everything that happened outside the bathroom.  They also talked to witnesses.  “I believe he was attacked because he's Muslim," said Les Weaver.

The bar owners say Rizk is from Lebanon and has Arabic tattoos on his arms.  “I'm going to use the word hate crime because in my opinion I that's what this was," said Dove-Weaver.

The bartender’s jaw is broken in two places.  His teeth are broken.  He has other facial injuries.  His sense of safety is also broken.  "He's changed he's scared now. He's scared," said the owners.  And so are the Weaver’s because the man who did it got away.  “There's bad out there in the world and people need to be tolerant, this man didn't deserve this,” said Les Weaver.  “This hate that we see on the news all the time and we see it all the time, but we never think it's going to come into our world, not here,” said Dove-Weaver.

The Weaver’s declined to share the surveillance video with us because of the ongoing investigation.  A Go-Fund-Me account has been set up for Rizk has raised almost $6,000 in just one day.  Here’s a link:  http://www.gofundme.com/zd439sk

Rizk turns 33 tomorrow.  The bar will host a birthday party and send him video of the celebration to show him he’s loved by many.  They’ll hold a fundraiser at the bar on August 16th.