Police say the pilot "felt a bang" and the helicopter lost power, forcing them to make an emergency landing. The aircraft then reportedly crashed into a power line before making impact. 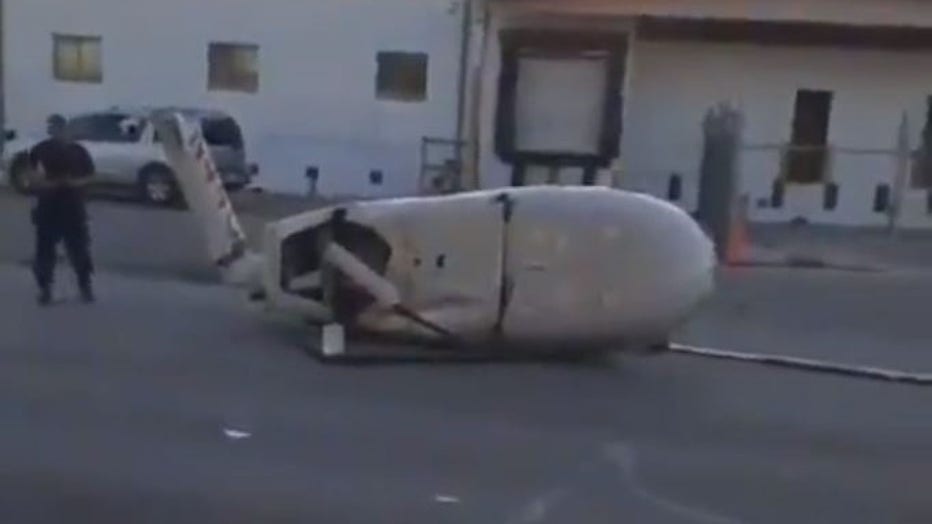 According to investigators, the passenger escaped with minor injuries.

Witnesses told KABB the scened looked as if it were "straight out of a movie."