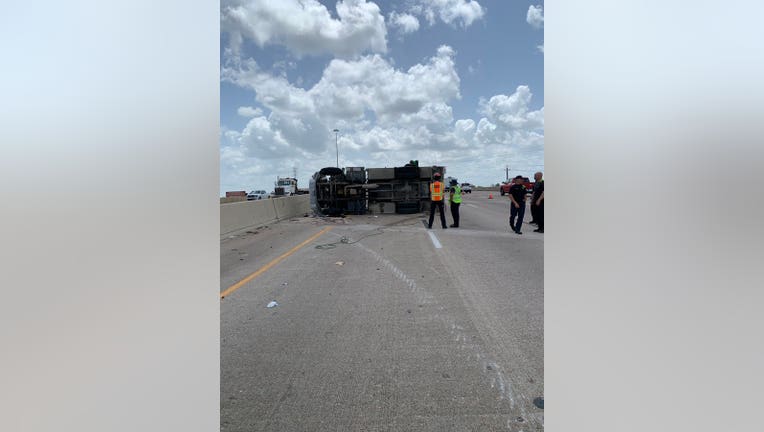 HOUSTON - Authorities say an overturned semi-truck that rolled over Friday afternoon, causing a hazmat spill, has several lanes blocked as a result.

Details are limited as it's an active scene but it happened on I-610 North Loop eastbound at Wayside, where the truck was seen on its side.

It's unclear how the crash happened or the driver's condition, but authorities say several main lanes have been blocked because of it.

Houston police say drivers should expect delays, so if possible you're asked to find an alternative route.