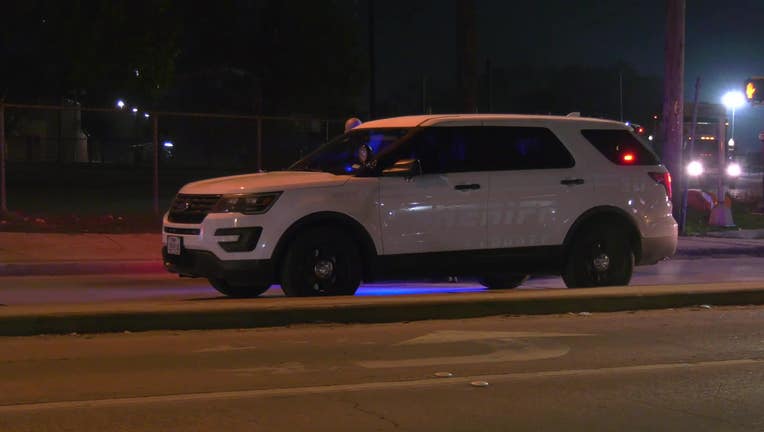 The sheriff’s office says a man selling flowers on a median in north Harris County was fatally struck by a minivan, and the driver of the vehicle allegedly ran from the scene afterward.

Authorities say the suspect was driving a minivan southbound on Airline Drive and struck an SUV that was traveling in the same direction.

According to the sheriff’s office, the crash caused the minivan to enter into a raised concrete median that separated the southbound and northbound lanes, and the vehicle struck a man who was standing there.

The sheriff’s office says the pedestrian had been standing on the median selling flowers. He was taken to the hospital, where he was pronounced deceased.

The suspect allegedly continued for a short distance, but his vehicle became disabled. The sheriff’s office says he got out of the minivan and fled on foot without providing any information or rendering aid.

Off-duty officers were working an extra job nearby and apprehended the suspect, authorities say.

This incident is currently under investigation by the Harris County Sheriff’s Office Vehicular Crimes Division.