A pursuit ended in a deadly crash in west Harris County on Thursday night.

The sheriff’s office says a driver died when he crashed into a tree during a pursuit in west Harris County.

The pursuit began around 11:30 p.m. Thursday near Barker Cypress Road and Clay Road.

According to the sheriff’s office, a deputy attempted to make a traffic stop on an SUV that was speeding, had failed to stop at a red light and failed to drive in a single lane.

HCSO says the driver did not stop and a pursuit began, traveling northbound on Barker Cypress Road for a few miles.

At the intersection of Tuckerton Road, the sheriff’s office says the SUV driver failed to stop at the red light and clipped the front of a car that had been traveling westbound on Tuckerton Road.

Authorities say the SUV driver then continued northbound on Barker Cypress Road before losing control and crashing into a tree. 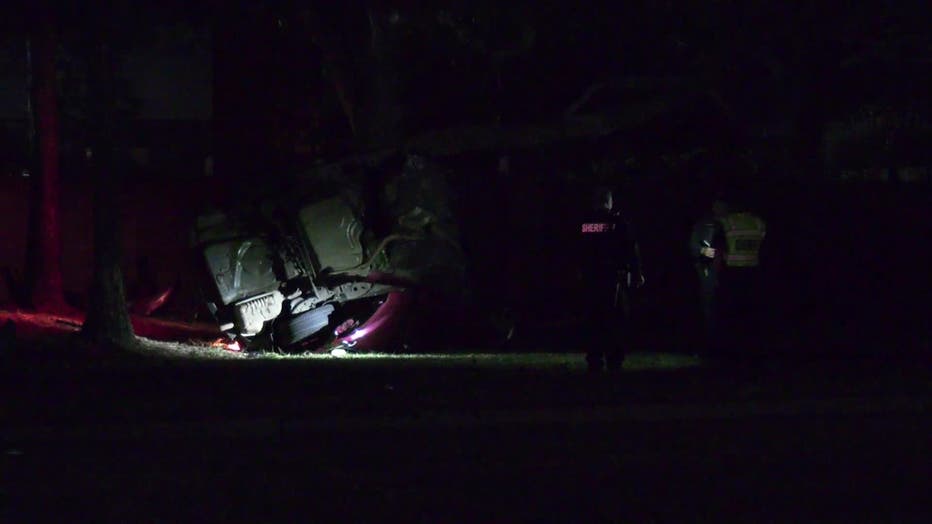 According to the sheriff’s office, the pursuing deputy saw the SUV driver toss some objects out the window during the pursuit, and deputies recovered a small bag they believe contains a drug substance.

The investigating is ongoing.