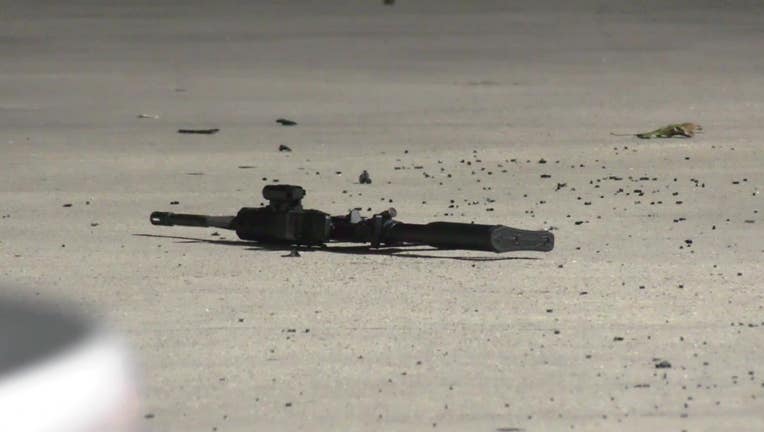 A firearm was left behind at the scene of a shooting along the North Freeway near Louetta Road.

SPRING, Texas - The Harris County Sheriff’s Office says two men were injured in a shooting outside of a Bombshells in the Spring area.

The shooting occurred around 11:25 p.m. Thursday near the I-45 North Freeway and Louetta Road.

According to the sheriff’s office, deputies who were working an approved extra job were flagged down by witnesses who said there was a shooting in the parking lot area.

Deputies found multiple bullet casings and a firearm on the ground.

Authorities then learned that two men had driven themselves to the hospital. They are said to be in stable condition and are expected to survive their injuries.

The sheriff’s office believes the incident began in the parking lot. Authorities say there is surveillance video.

Authorities spoke to the two men at the hospital and were able to get a description of the suspect vehicle.