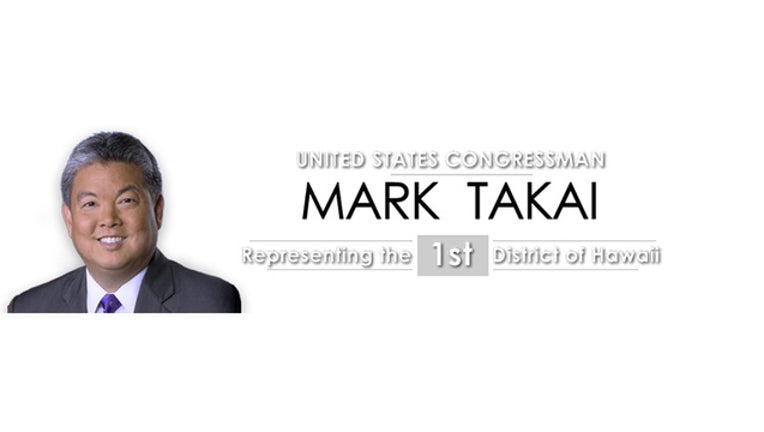 Takai, 49, died at home surrounded by his family. He announced in May that he would not seek re-election.

Born on Oahu, Takai served in the state House of Representatives for 20 years before he was elected to Congress, first winning his statehouse seat at age 27. He served as a longtime lieutenant colonel in the Hawaii Army National Guard for more than a decade. In Congress, he sat on the Armed Services and Natural Resources committees.

"Mark humbly and effectively served the people of his state House and Congressional districts," Hawaii Gov. David Ige said in a statement. "In the often tumultuous world of politics, he has been a shining example of what it means to be a public servant."

Takai was first diagnosed with cancer in October and initially expressed optimism that he would recover. But in May he announced the cancer had spread.

"The Takai family thanks the people of Hawaii for their support during this difficult time," said a release by his office. His family requested privacy.

Takai is survived by his wife, Sami, and two young children.

Takai's passing was mourned in Hawaii on Wednesday, with politicians recalling his gentle, kind nature.

Ige's office was researching next steps to determine whether the governor would appoint a replacement or if the Legislature would have to be called into a special session, spokeswoman Jodi Leong said.