Authorities say the gunshot wounds that left a man dead in the front yard of a northeast Harris County home may have been self-inflicted.

The call originally came in around 4:40 a.m. Monday in the near Palomino Ridge Drive and Mustang Corral Dr.

MORE: Police chase started in north Houston at Greenspoint Mall, ends up in The Woodlands

Deputies with the Harris County Pct. 4 Constable’s Office responded to the scene and found a man dead in the front yard of a home on Mustang Corral. He had multiple gunshot wounds.

Investigators with the Harris County Sheriff’s Office responded to the scene for the investigation. 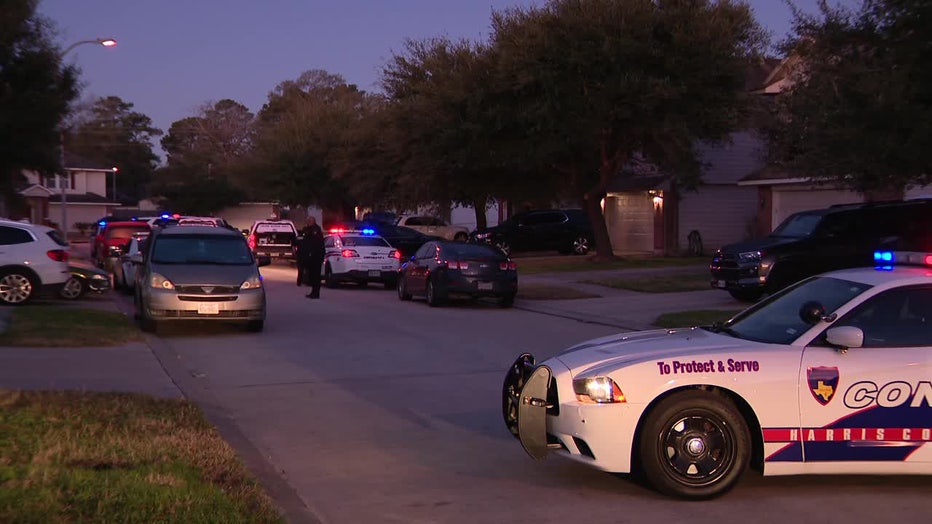 According to authorities, the incident is believed to have begun nearby at a home on Palomino Ridge Drive.

The sheriff’s office says the man had gone to the home of a woman he previously had a relationship with and reportedly forced her into a car at gunpoint. Deputies say the woman may have been in the driver’s seat but couldn’t yet say for certain.

According to HCSO, at some point, the car went around the corner and into the front yard of the home on Mustang Corral.

When the car went into the yard, investigators believe the man may have accidently shot himself in the stomach.

Authorities say the woman was able to get out of the car and run away.

The sheriff’s office says the man apparently then got out of the car and shot himself in the front yard of the home.

Investigators are speaking with the woman.

The sheriff’s office says the case is still being investigated as a homicide at this point.