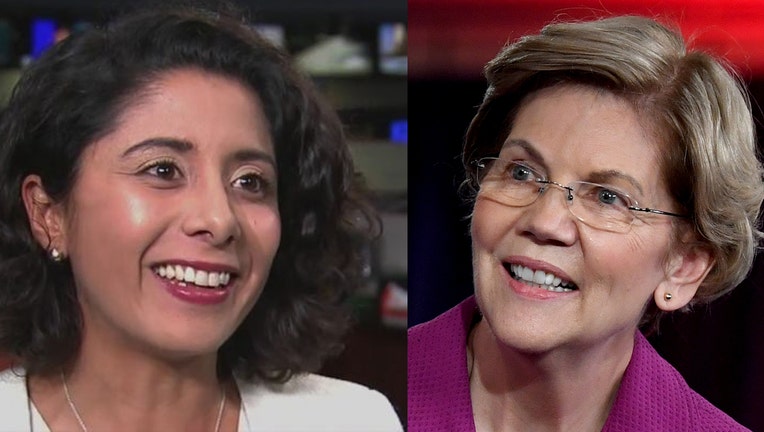 "Whether it’s combating climate change or increasing opportunities for minorities in small business, Elizabeth has a plan for that. But my support for her is not because of her plans, it’s because of who she is. The Elizabeth Warren you speak with one-on-one is the same Elizabeth you see on the stump. She’s a genuine person who will tell you exactly what she believes and where she stands," said Hidalgo said in a statement. "She and I are aligned in our progressive values and I firmly believe she is the best person to serve as President of the United States."

According to a press release, Judge Hidalgo will serve as a lead surrogate for Warren in Texas, where 149 delegates are up for grabs.

Early voting is already underway in the state ahead of the Super Tuesday primary on March 3.

Warren earned a bachelor’s degree from the University of Houston and lived in Texas for over ten years.

"I'm incredibly grateful to have the support of Judge Hidalgo, who has been a forceful and persistent champion for Harris County by working to ensure that the government is transparent, accessible, and accountable to every single resident," said Warren in the statement. "We’re in this fight together to create big, structural change - and that means building a movement that makes our government work for everyone, in Harris County, across Texas, and throughout our country."