A Harris County deputy was in a head-on crash, sending both the deputy and the other driver to the hospital.

HOUSTON - A driver has died after a head-on crash involving a Harris County sheriff's deputy that sent them both to the hospital.

According to Sheriff Ed Gonzalez, it happened in the 12300 block of Jones Road in northwest Harris County just after 10 p.m.

According to HCSO, as Dep. Ruiz began passing through the intersection of Jones and Millridge North Drive, the driver of the Altima went into the intersection and attempted to make a left turn.

Sheriff Gonzalez said earlier that the driver was trying to make an "unprotected left turn from a flashing yellow light."

Dep. Ruiz’s patrol vehicle then crashed into the Altima head on. 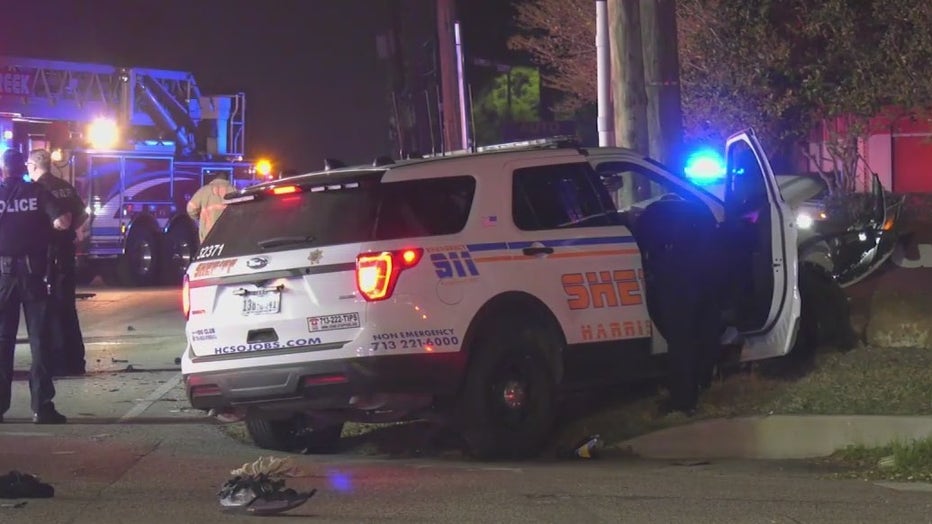 Dep. Ruiz, 31, was conscious and breathing when he was transported to the hospital. He has since been released.

When EMS first arrived, they performed CPR on the driver of the Altima, identified as Patrick Garza. They were able to get a pulse on him and transported him to the hospital.

Garza later died from his injuries.

HCSO said there were no obvious signs of intoxication at the crash site, but it has since been revealed that Garza was intoxicated at the time of the crash.