It took nearly 12 hours to get results from the time votes began being counted, and there was a more than 6-hour time frame where the county clerk’s office did not release any updates on election results. The new Harris County clerk blames the Secretary of State’s office for the delays.

HOUSTON - Tuesday’s election results were historically slow in Harris County. Nearly 12 hours after polls were scheduled to close, just 23 percent of the vote had been reported. During that time the Harris County Clerk’s Office went into a more-than-six-hour blackout, providing no updates on results between 11:56 p.m. Tuesday and 6:41 a.m. Wednesday when complete unofficial results were announced.

“Last night’s process was a painstakingly manual process,” said Diane Trautman, the new Harris County Clerk who was elected in 2018. 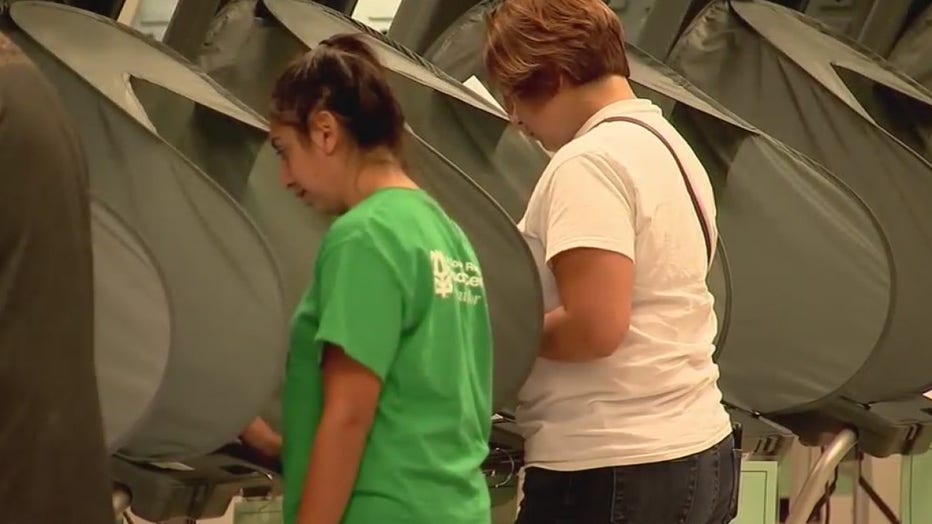 Trautman called a press conference Wednesday afternoon where she placed the blame for the delay on the Texas Secretary of State’s Office. She said a last-minute advisory from the Secretary of State forced her to throw out the vote tabulation plan she had used in May, which involved dropping Mobile Ballot Box cards off at ten locations throughout the city, then feeding those results electronically through a secure network to the Central Count Station. Instead, election judges, accompanied by law enforcement, hand-delivered all MBBs for manual tabulation.

“We found out about this last-minute advisory from the Secretary of State from someone who sent us an email about it at the end of early voting five days before the election,” said Trautman.

“As the clerk’s office confirmed to us, the county was proposing to take memory cards (MBBs) containing raw vote totals and insert them into a computer connected to an intranet,” Ingram said in an email. “They were then going to transmit these results over a T-1 line to another computer connected to the intranet for tabulation.  The MBB and the computer tabulating results are both components of the voting system used in Harris County. The clerk was planning to use this risky method of results reporting even though they were fully aware it was illegal to do so, and with apparent disregard to the fact that the intelligence community has repeatedly warned election officials since 2016 of the continuing desire of nation-states to interfere with our election process.  Directly connecting the county’s voting system to the intranet would have eliminated the protections that an air-gapped system provides and subjected the county to major security risks.”

The last-minute advisory Trautman referenced was posted online by the Secretary of State, dated October 23. It lists requirements that election result data must be transferred by single-use DVD/CD or by USB thumb drive.

Ingram said his office issued that advisory in order to formalize guidance they had previously given to counties in April 2019, and the Secretary of State’s Office did not change or issue any new requirements for the November 5 election.

“I’ve talked to Keith Ingram,” said State Senator Paul Bettencourt—who previously served on the County Clerk’s advisory team—of a phone call he had Wednesday. “You can’t send it through the Internet…. They said you can do something else, which is: take your MBBs—the boxes effectively—duplicate it, and let the duplicates transmit information over the Internet, because if the duplicates get blown away, who cares? Because they would have the original secured information.”

“We verified election results—what was sent was what we received directly from the primary media that’s in the election tabulated system,” said Pippins-Poole.

Trautman said the manual delivery method chosen by her office meant the majority of MBBs were not delivered for counting until 2:30 a.m. on November 6.

Trautman said she asked last week for a waiver of the election advisory, but the Secretary of State’s Office denied it, saying the electronic transfer method she was attempting was illegal.

“No other county expressed any issue relating to our advisory,” said Ingram. “We were particularly surprised by the reaction of Harris County given our conversations with their vendor and deputy for elections.”

Ingram said he received a phone call from a deputy clerk of elections on October 2 in which Ingram explained the procedure of making duplicates of the MBBs, connecting the duplicates to computers, and hand-delivering the original MBBs, then comparing the two results.

The clerk’s office claims the Secretary of State’s office previously knew of their plan to transport election results through a secure intranet network. Ingram denies that.

“This is untrue,” said Ingram. “Harris County did not disclose their plan in any of their correspondence with our office regarding their use of the countywide polling place program.  While counties are required to establish and implement a written central counting station plan in accordance with Section 127.007, that plan is not required to be filed or approved by our office.  We did not review or approve Harris County’s plan for this election.

Previously the county has used a secure phone line or modem to send results.

According to Texas state law (Sec. 129.054), “a voting system may not be connected to any external communications network, including the Internet.”