BRADENTON, Fla. - Manatees are gentle giants and can be exciting to see, but like any animal, they need their space.

"Manatees have been on this planet for over 50 million years. One of the biggest threats to them is now human impact," said Dr. Beth Brady.

Many people don’t realize their actions are harming the manatees. Digital photographer ‘Sky Beard’ captured drone footage of people on Bradenton Beach who thought the manatees were in trouble, but they were a mating herd.

"You usually see a large group of animals, between five and 10 animals, that are engaging in a mating behavior. It can appear they are stranded, but they are actually or usually not," Dr. Brady explained.

Instead of getting out of the water, the people stayed in. One man is seen petting a manatee and even gets in between them. As the manatees tried to get away, more people crowded around them, possibly unaware they had interrupted a natural behavior, and the manatees were trying to get away from them. 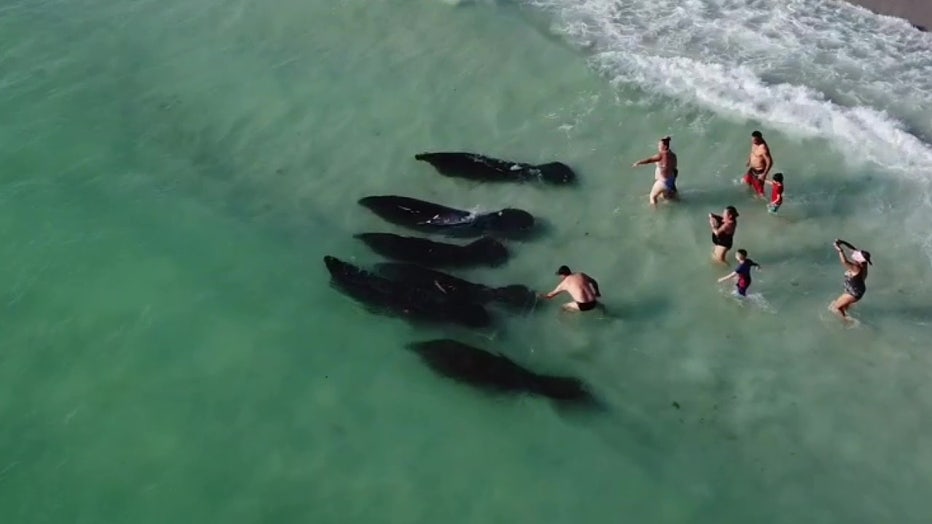 Dr. Brady said keep your hands off the manatee if you are that close to them.

This isn't the only instance. Earlier in the week a drone captured people touching and swimming over manatees off Indian Rocks Beach. In one instance, it appears like someone is getting ready to mount the manatee.

"We never want to acclimate any wild animals to human behavior it could potentially change or alter the manatee’s behavior," Dr. Brady explained. 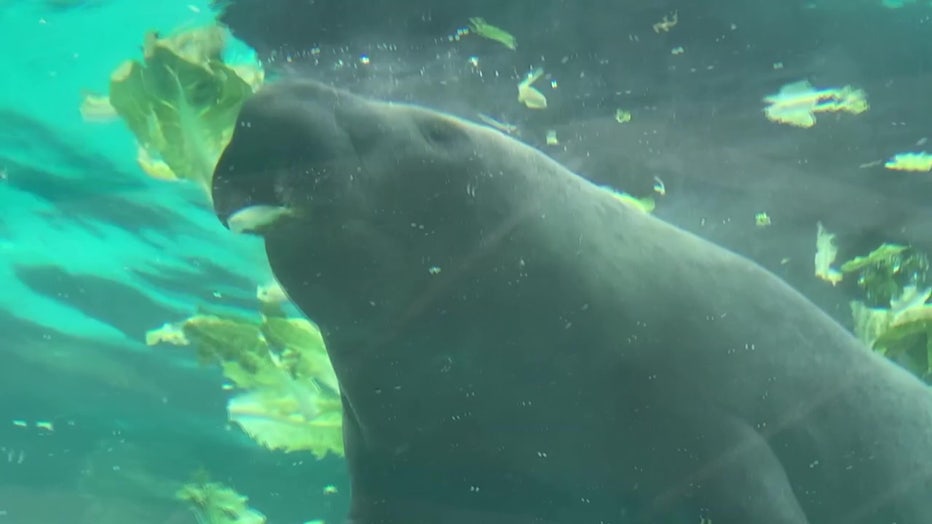 Remember, harassing a manatee is illegal. These actions could have bigger consequences than you think.

"The lesser of an impact you can have on the animals the better off they can be," said Dr. Brady.

If you spot a manatee in trouble contact the FWC's Wildlife Alert Hotline at 888-404-3922 or #FWC or *FWC from your cell phone.