A local conservative activist who for decades has been a major figure in the Harris County political landscape is now facing potential prison time.

HOUSTON - A Houston-area controversial conservative activist has been indicted in connection to a 2020 election voter fraud investigation that ended with a gun pointed at the head of an innocent man and no fraudulent ballots.

Each defendant appeared in state district court on Thursday, according the Harris County District Attorney's Office.

Hotze, 71, and others allegedly funded the bogus voter fraud probe and hired private investigator Aguirre, a former Houston police captain, who was previously indicted in connection with the incident back in December 2021.

Aguirre, 64, was charged with aggravated assault with a deadly weapon for running a repairman off a road and holding him at gunpoint under the mistaken belief that the man's vehicle was loaded with fraudulent ballots.

Aguirre, who was no longer on the force at the time of the incident, was arrested and charged in December 2020.

In civil litigation, Hotze has argued he should not be held responsible for the recklessness of a contractor acting independently.

"He was not present when this alleged incident took place. He didn't know about it before, he didn't know about it until he heard about it on the news. And somehow he is a party to this?" Polland said. "I mean I am really disappointed in the District Attorney's office, who I have a lot of respect for. I think in this case, they blew it."

When asked if Dr. Hotze "didn't say, ‘Stop that truck by all means necessary, including pulling out a gun,’" Polland said Hotze didn't know anything .

"He knew nothing about the specific activity of this investigator and what he was doing."

The Harris County DA's Office says Hotze was indicted for actions he took in furtherance of the scheme. 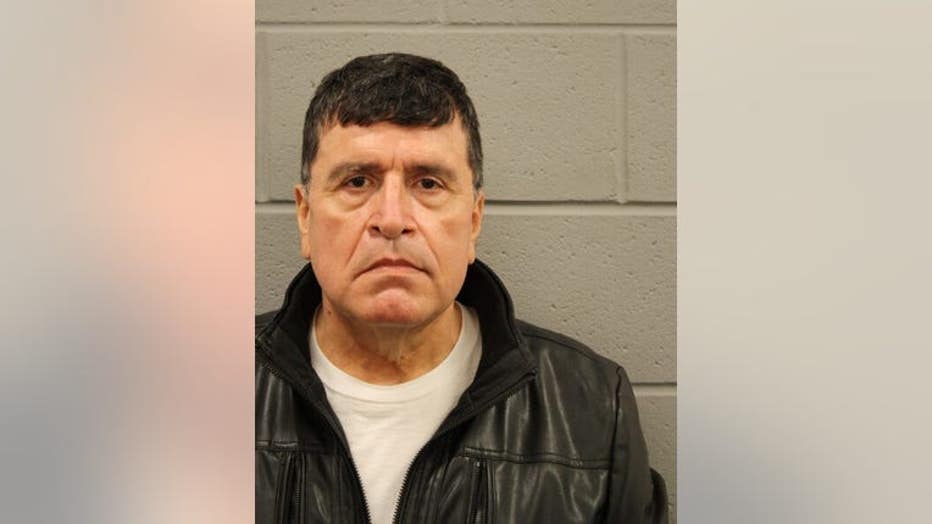 Former Houston Police Capt. Mark Aguirre is charged with aggravated assault with a deadly weapon in connection to a bogus voter fraud investigation.

According to court documents, the former captain told police shortly after the Oct. 19, 2020 incident, that he was part of a Houston-based group of private citizens called Liberty Center for God & Country, who were conducting a civilian investigation into the alleged ballot scheme.

Dr. Hotze is the CEO of Liberty Center and allegedly funded the investigation.

Aguirre told investigators he conducted surveillance on the victim for four days, believing the victim was the mastermind of a giant fraud, and there were 750,000 fraudulent ballots in a truck he was driving.

Records show Aguirre ran his SUV into the back of the victim's truck, forcing him to stop and get out. When the victim got out, Aguirre pointed a handgun at him, forced him to the ground, and put his knee on the man’s back.

Then, Aguirre directed police to a parking lot nearby where another suspect, who has not been identified, took the truck.

There were no ballots in the truck.

It was filled with air conditioning parts and tools.

The victim turned out to be an innocent and ordinary air conditioner repairman.

The election fraud claims were found to be baseless after a thorough investigation.

Did Aguirre get paid for the investigation?

Aguirre was paid nearly a quarter-million dollars for his work in the investigation.

He never told the police about the payments.