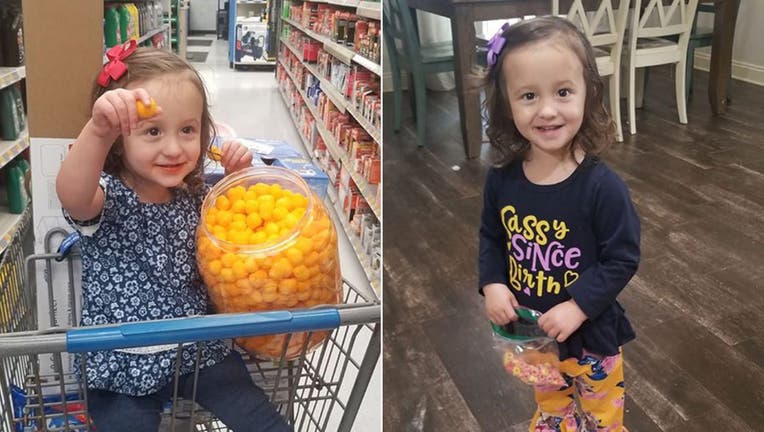 A two-year-old girl died Wednesday after officials say she fell 15 feet into a septic tank at an RV Park in Texas and drowned.

The Rockport Volunteer Fire Department was dispatched to the Paradise Lagoons RV resort park in Aransas Pass on Highway 188 at around 5:30 p.m. over reports that a child had fallen into a septic tank, Public Information Officer Gillian Cox said in a press release.

Once on the scene, first responders located Charleigh Nicole Nelson who had fallen approximately 15 feet below into water. Witnesses say they saw the young girl walk on the lid of the tank which then buckled beneath her weight, KRIS reported.

Family members told the station that they attempted to pull Charleigh to safety before rescue officials arrived using a rope and a backhoe but were unable to reach her.

Firefighters made several attempted to reach the toddler before eventually receiving help from a specialized rope rescue team which was able to lower a firefighter into the tank. They were able to retrieve Charleigh but approximately an hour had gone by since she first fell in and she was pronounced dead on the scene, Cox said.

“This is a terrible tragedy for the family of this child, her neighbors who witnessed the event, and all of the 1st responders who assisted in the recovery,” she continued.

Charleigh’s mother, Brittney Nelson, took to Facebook to thank those who have reached out to them since her daughter’s death.

“We truly need and appreciate everyone praying. We are in such disbelief but can feel God's spirit around us. We are clinging to each other tonight and have faith that God is going to strengthen us, comfort us and bring us through this,” she said in a post.

The opening to the tank that Charleigh fell into was less than two feet in diameter, KRIS reported.