Diamond Alvarez's mother reacts to Frank Deleon Jr. being back in jail

Frank Deleon Jr., charged with the murder of Diamond Alvarez, is back in jail for violating a bond condition, court documents show. Diamond's mother Anna Machado spoke about the development during a news conference on Tuesday.

HOUSTON - The teen suspect charged with murder in the deadly shooting of 16-year-old Diamond Alvarez is back in jail for violating a bond condition, records show.

Among the conditions for his release, Deleon was required to wear a GPS monitoring device and abide by a curfew.

According to a bond condition violation report, Deleon is now accused of failing to comply with the curfew requirement. 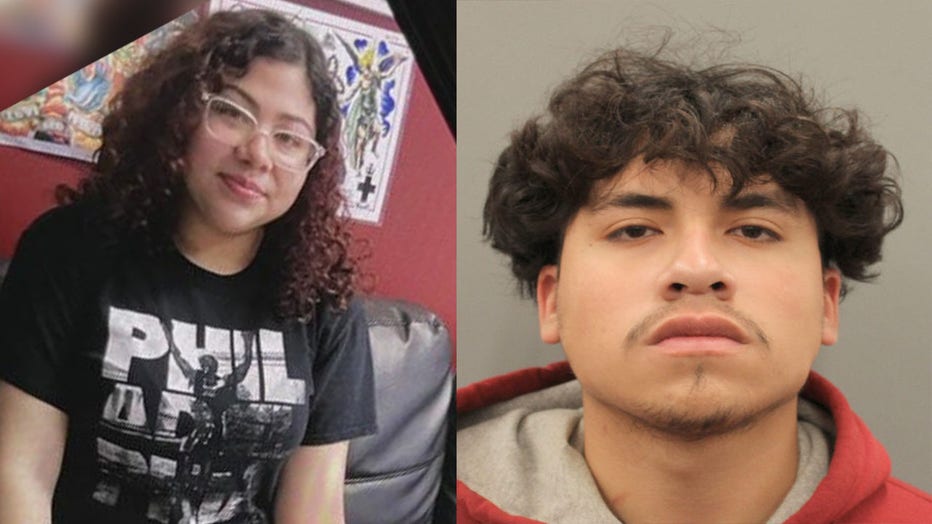 Diamond Alvarez was shot and killed on the night of January 11 in southwest Houston.

Prosecutors say Diamond was shot 22 times, mostly in the back.

Her family said the girl had left the home that night saying she was going on a walk with the family dog. She never returned home, but the dog did. Her family knew something was wrong and found Alvarez down the street with multiple gunshot wounds.

Teen murder suspect back in jail for bond violation

The teen charged with the murder of 16-year-old Diamond Alvarez is back in jail for violating a bond condition, according to court documents.