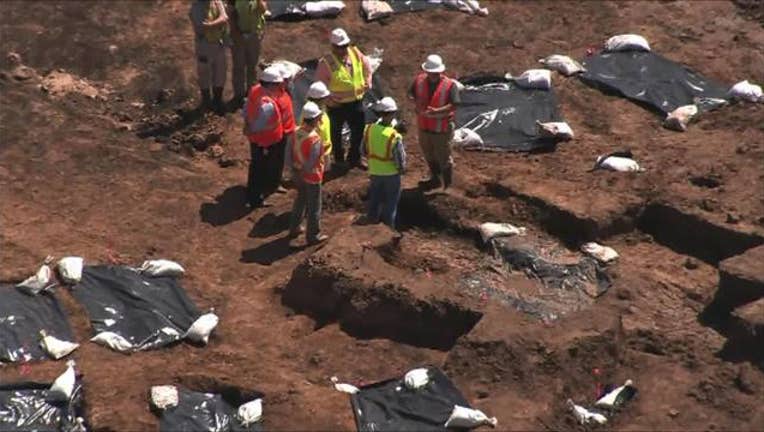 HOUSTON (FOX 26) - 95 black prison inmates were found under a construction site in Sugar Land last year. They were a part of a convict leasing system where inmates were contracted to perform cheap labor across the state.

On July 9, County Commissioners approved an agreement that will allow the remains of the 95 individuals discovered during FBISD's construction of the James Reese Career and Technical Center to find a final resting place in a county-owned cemetery. Now, they're a step closer to making it happen.

FBISD announced this week that it will move forward with burial of the remains while it works on an agreement with the county to convey the cemetery to the county, which will operate and maintain it, according to the Fort Bend Herald.

The remains will be buried at the same site where they were originally found.

In another related development, the Texas Historical Commission, after receiving guidance from the Texas Attorney General, recognized its authority to permit extraction of genetic material from the remains of the 95 individuals for the purposes of future DNA testing and identification.