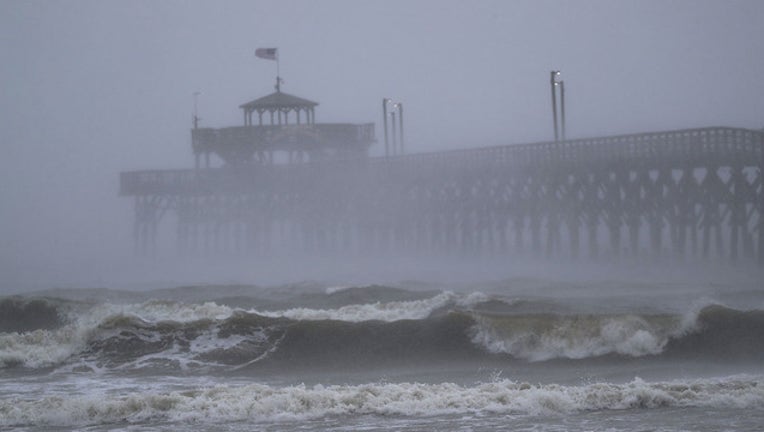 NORTH CAROLINA (AP) - Flights are grounded at several airports in the Southeast as Hurricane Florence barges through the region.

By midday Friday, airlines had canceled more than 2,100 U.S. flights from the storm's approach on Wednesday through Sunday, according to tracking service FlightAware.

The region's two largest airports, in Charlotte and Raleigh-Durham, North Carolina, had more than 200 cancellations on Friday. Raleigh and one in eight at Charlotte.

That's not much compared with last year's Hurricane Harvey, which flooded runways at two major airports and caused airlines to scrub more than 11,000 flights in Houston alone.