Dwight, you said the same crap last time and I texted you, and said you're either ignorant or lying. I stand by that today. What you just said is either ignorance or lying. 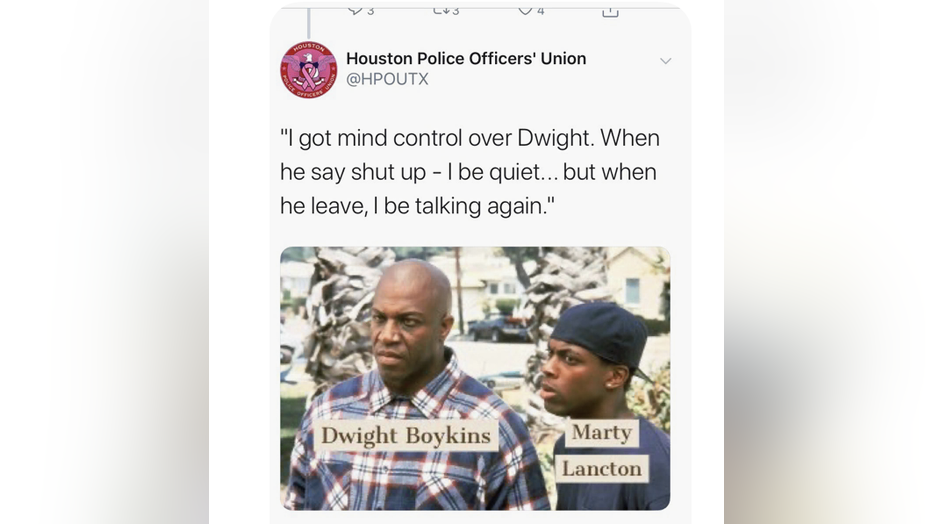 Flashpoint in mayoral campaign between Houston police and firefighters

Fresh accusations of racism in the battle to be Houston's next mayor, tweets and comments by members of the Houston Police Officers Union aimed at mayoral candidate Dwight Boykins, who is endorsed by the Houston FireFighters Union.

On three separate occasions, I have told him he's lying to the voters of Houston and he continues to do it and at what point, we had to call him out and say stop lying to the community.

In a second statement, Tuesday Boykins said the post "used language that was meant to demean my worth as a Black man while exacerbating some of America's worst and more egregious racial stereotypes." Joe Gamaldi tells FOX 26 that the Union has pulled down the tweet.

This is just more gutter politics by the Turner machine and HPOU, Dwight and his wife Genora do not deserve this level of disrespect and racism.