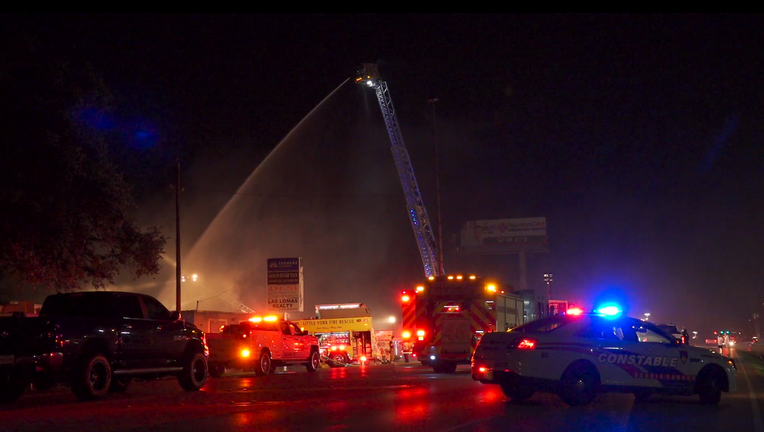 HOUSTON - A firefighter was injured and four businesses were damaged in a fire on the night of the Fourth of July.

Around 11 p.m., the Northwest fire department received a report of a commercial fire in the 12900 block of Veterans Memorial in Houston. The Little York Fire Department and Champions Fire Department also responded to the call and arrived at the scene to help.

When firefighters arrived, they found a one-story row of businesses with smoke coming from a restaurant.

At some point, as crews battled the fire, the roof collapsed. Officials say a firefighter was taken to the hospital with minor injuries.

Crews were able to extinguish the fire. Four of the businesses were damaged during the fire.

The Harris County Fire Marshall's Office is going to investigate and determine the cause.