Students from the Yes Prep school in Fifth Ward can be seen crossing the stopped train, which is the&nbsp;most dangerous thing about the constant stopping and starting.

HOUSTON - It seems some of the trains going to and from the rail yard in Fifth Ward have a mind of their own.

"The go, then they stop, and sometimes they reverse, go back, and go again," said Brandon Mora.

We witnessed it first hand in just the span of a couple of hours. No doubt the finicky trains can make you late.

"Whenever I try to tell them my excuse that the train was blocking, they don't want to hear it," Mora said.

Students from the Yes Prep school in Fifth Ward can be seen crossing the stopped train, which is the most dangerous thing about the constant stopping and starting. 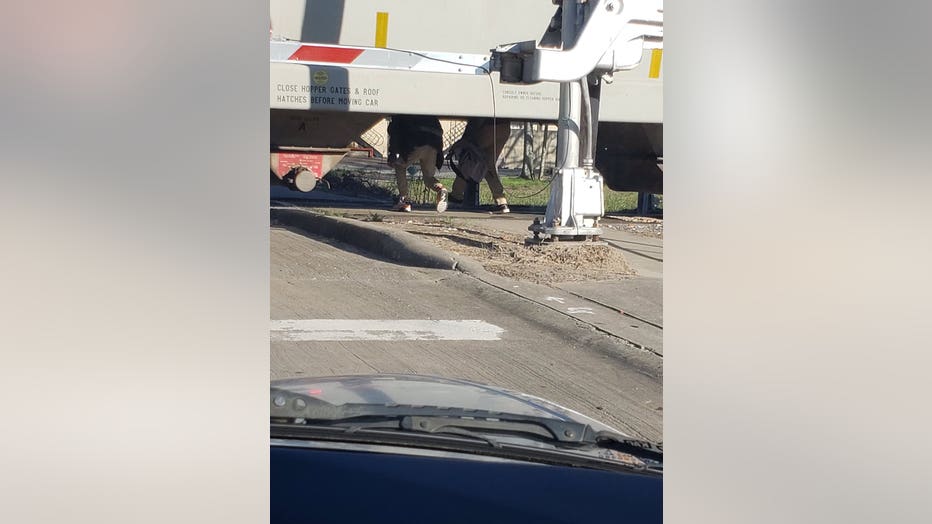 "They go underneath, over, between the cars," Mora said. "I was told when those pictures were taken, the train was moving a little. It shifted, which creates a dangerous situation for the kids."

He's only 17 and Brandon Mora is making his community aware of dangerous situations like this through social media with his media business called HTX Breaking News.

"We've had a few incidents occur with people getting injured by the trains," he said. "I always see police cars over at the railroad looking it's concerning for us because we have to get over also."

Union Pacific Railroad released the following statement in response to the situation:

"We are reaching out to YES Prep and urge parents to talk to their children about rail safety. Drivers and pedestrians can report blocked crossings on Union Pacific tracks by calling our 24/7 Response Management Communications Center at 1 (888) 877-7267. They can also call the phone number posted near railroad crossings."