FOX 26 Reporter Tiffany Justice was at the vigil for 14-year-old Mason Nelson, who was killed in a crash last Friday in Galveston.

GALVESTON, Texas - A candlelight vigil was held Tuesday on the steps of Ball High School for 14-year-old Mason Nelson, who was killed in a crash last Friday.

The vigil was held for the community, student body and was organized by Ball High School’s student council.

"This means so much to me. I don’t have the words to tell you all how much it means to me," says Reed Nelson, father of Mason Nelson. "This is an opportunity for you all to come together."

Reed Nelson, father to Mason, addressed all those who came to say thanks and also to pray for Mason’s two other friends who are still in critical condition, hoping the swelling to their brains will go down.

"This is a tragedy, and it’s not over yet. Two of Mason’s very dear friends are fighting for their lives literally," Reed said. "I can sense and feel the hurt that is out there with you all."

14-year-old freshman Mason Nelson was one of five people in a Jeep when a Toyota SUV slammed into the vehicle. The collision killed Mason on scene.

The crash happened across the street at the intersection of 41st Street and Avenue O around 6 p.m., across from Galveston Ball High School.

"No words can begin to describe the pain that our community is feeling," says Kaliyah Fontenot, Ball High School Student Council Member.

The suspect, 28-year-old Keith Brazier, who remains in the hospital has charged with felony murder.

Authorities say he had only been a free man from prison for a few hours, when he was allegedly driving under the influence, and crashed into the Jeep the teens were inside.

Police say Brazier has a record with three previous DWI charges. Brazier is in police custody with his bond set at $500,000. 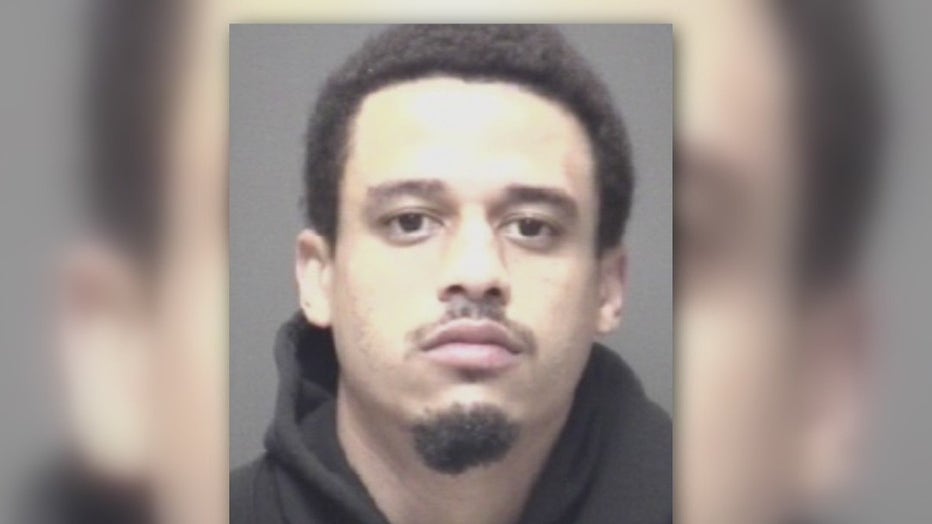 Reed Nelson is welcoming the community back out for the funeral service on Saturday at the Coastal Community Church.