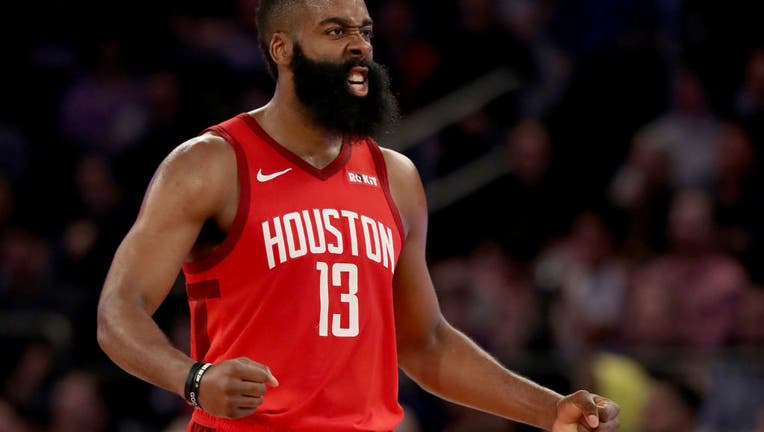 HOUSTON - Rockets star guard James Harden has been traded to the Brooklyn Nets in a blockbuster four-team deal.

Some Rockets fans were surprisingly (or not) relieved that Harden will be leaving the team.

Fans said although Harden is an extremely talented player, his attitude and antics off the court over the last several weeks has been unacceptable.

"He was kinda getting to be a little bit of a cancer seems like. It’s sad that he would do that to his team, so it just shows what kind of person he is; so good luck to him but good riddance," said Vinnie DeLuna.

"It might be a move for the better yeah. I think he’s creating that chaos on the team and it’s probably not a good environment in the locker room. No one wants to play for someone who’s acting like that," said Ryan Mueller.

John Lopez, host of Sports Radio 610, said Harden appeared checked out and wasn’t even trying to hide his desire to leave.

"It was obvious that’s what he was doing. He was basically being asked to be fired or traded. Then today before the trade was just ridiculous. I mean he literally quit on the team. He did not show up. He said I’m out," Lopez said.

The news of Harden’s departure adds yet another blow to a tumultuous year in Houston sports. Several other Bayou City sports stars are leaving or reportedly unhappy.

"I remember when you had a lot of superstar players in this city and they were all happy and they were all performing. Now, JJ Watt's clearly not happy. DeShaun Watson is clearly not happy. Former player Andre Johnson is not happy. Justin Verlander is injured and who knows what's going to happen to him. George Springer is gone. James Harden is gone. Russell Westbrook is gone. This has been one of the most amazing few months or years that I've ever seen in the 30+ years I've been working and covering Houston sports," Lopez said.

In addition to his talents on the court, Oladipo is also a gifted singer. He was unveiled as the 'Thingamajig' in FOX’s season two of The Masked Singer in 2019.

Despite the trade news, Harden's ritzy Midtown restaurant 'Thirteen' is still expected to open to the public next Friday, January 22.

The Rockets are scheduled to play the Spurs Thursday at 6:30 p.m. No word yet on whether any of the team's new additions will make a debut.