James Harden addresses his play and the Houston Rockets during a quick post-game conference.

HOUSTON - The Houston Rockets have traded James Harden to the Brooklyn Nets in a three-way deal with the Cleveland Cavaliers. 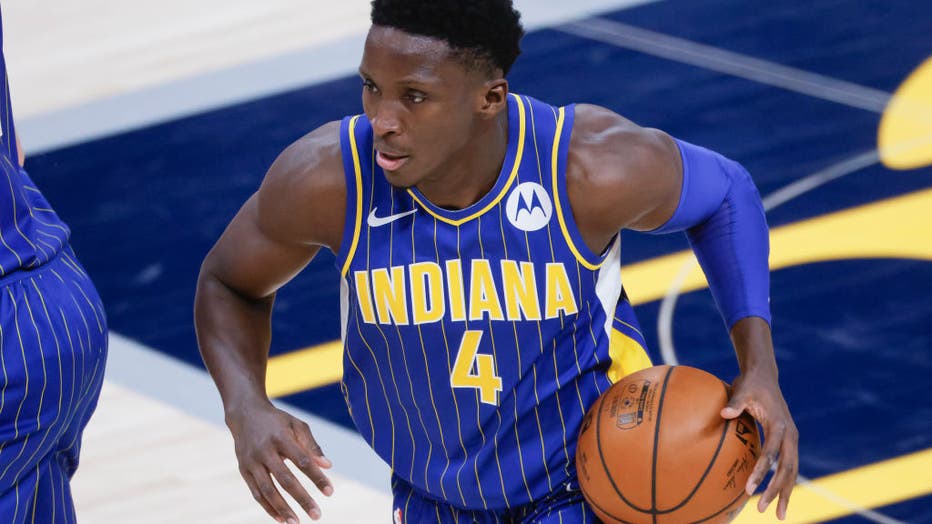 INDIANAPOLIS, IN - JANUARY 09: Victor Oladipo #4 of the Indiana Pacers dribbles the ball during the game against the Phoenix Suns at Bankers Life Fieldhouse on January 9, 2021 in Indianapolis, Indiana. NOTE TO USER: User expressly acknowledges and ag

Jarrett Allen and Taurean Prince will make their way from Brooklyn to Cleveland.

The Rockets acquired Caris LeVert in the original deal but traded him in an effort to snag Oladipo.

Harden hired Jason Ranne and Chafie Fields from Wasserman to held secure the trade according to ESPN's Ramona Shelburne.

Harden will reunite with Kevin Durant after their early playing days in Oklahoma.

Harden didn't practice with the Rockets on Wednesday, and reportedly won't anytime soon as the team waits out for the best trade offer.

Harden was very vocal post-game after a 117-100 loss against the Los Angeles Lakers on Tuesday night. 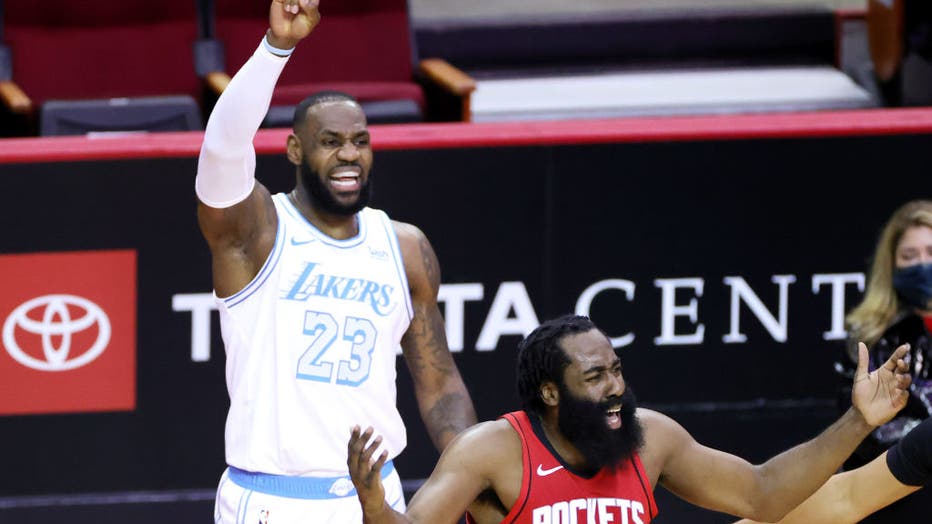 HOUSTON, TEXAS - JANUARY 10: James Harden #13 of the Houston Rockets reacts to a call ahead of LeBron James #23 of the Los Angeles Lakers during the first quarter of a game at Toyota Center on January 10, 2021 in Houston, Texas. NOTE TO USER: User ex

"I've done everything I can. It's crazy - It's something I don't think can't be fixed," Harden said in regards to the pressing situation. 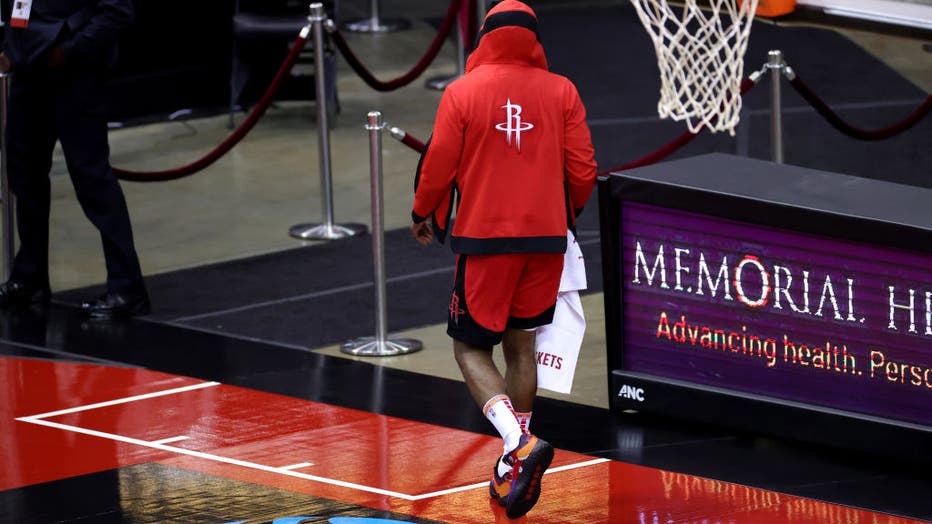 John Wall admitted that his chemistry with Harden on the court has been rocky through the first nine games.

In regards to the team Rockets making a deep playoff push Harden flat out said that the team just hadn't been good enough.

It appears his final statement was the straw that broke the camel's back for the Rockets.

Reports began circulating shortly before training camp that Harden wished to be traded after a tumultuous offseason in which head coach Mike D’Antoni and general manager Daryl Morey both departed the organization.

Newly-acquired Demarcus Cousins touched on the matter in a zoom conference with the media.

"The disrespect started way before any interview, Cousins said.

The 31-year-old shooting guard has spent nine seasons with the franchise.

Harden is an 8-time NBA All-Star, 6-time All NBA First Team, and won Most Valuable Player in 2018.